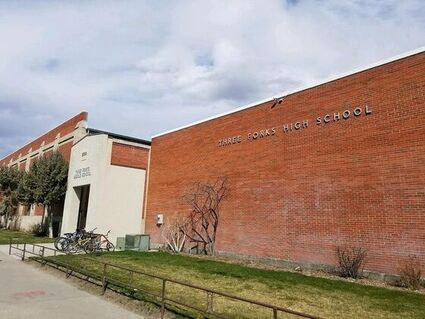 The Three Forks School Board unanimously passed a motion to recommend that voters approve $640,000 in General Fund mill levies at their March 15 meeting.

The district will use the funds from this mill levy to increase salaries for both certified and classified staff, fund new staffing positions created by the building bond project, address district needs and make necessary updates or replacements.

School districts can only levy so much money for their operation. The Three Forks School District could ask for $661,575 to reach their maximum budget; however, the board only recommended $640,000.

Registered voters will choose whether to approve or deny this recommendation when it appears on the May ballot.

One of the main reasons discussed regarding the necessity of this levy was the district's ability to pay teachers a living wage and recruit additional staff members.

This is a pattern that the district has seen over the last nine months.

"The district has had to cut bus routes due to the inability to attract additional drivers," Uthlaut said.

Even though the district has advertised their need for positions such as bus drivers and custodians, they have lacked the staff they needed throughout the year. Uthlaut explained that applicants are applying to other local businesses and school districts.

"We're competing with our neighbors for personnel," Uthlaut said at the school board meeting.

Uthlaut explained that the local housing shortage and rising real estate costs make recruiting employees from outside the Three Forks area even more difficult. Uthlaut also explained that the district's wages need to keep up with the rising cost of living.

"If we want to continue to staff our classrooms and programs with quality personnel, we must consider the rising cost of living and stay competitive with surrounding districts," Uthlaut said. "Our staff all work on a yearly contract and those wages must be a living wage."

To keep up with personnel needs, the district may use an estimated $515,000 of the mill levy to increase salaries for current staff and fund various additional staffing positions.

These include hiring new teachers at both the high school and elementary school, employing an additional technology staff member and securing a full-time substitute teacher for an estimated $55,000 each. The district would also recruit another custodian member, adding $45,000 to the levy request.

These estimated amounts include district costs related to wages, benefits and contributions for withholdings.

"We don't want to build a building and have empty classrooms," Uthlaut said. "The new building will allow us the space to provide needed classes and additional opportunities for our students. However, these additions increase our operational costs that prompt a mill levy."

Furthermore, the district's current teacher wages do not compete with other jobs in the area. A teacher with minimal experience in the Three Forks School District starts at $34,743 annually or $22.63 an hour. However, Uthlaut said Lowes and other businesses advertise starting pay for employees at as much as $25 an hour.

"Our challenge here with the board and the administration is to try to find ways to stay competitive," Uthlaut said. "The most important factor in any kiddo's life is going to be that classroom teacher. They have an enormous impact on the child."

Another expense facing the Three Forks School District is rising insurance costs. The district may face an estimated 20% increase in health insurance for employees, resulting in a potential increase of $60,000.

Though the Three Forks School Board unanimously selected the highest mill levy option presented at the meeting, some board members shared some concerns.

Uthlaut explained that choosing the cheaper option would not meet all the district's needs.

"If you go with a lower amount, it's not going to save people very much, and we'll be turning around and asking people again in a couple years," Uthlaut said.

You don't know unless you try," Sayers said.

Although the community approved the building bond project only a short time ago, Uthlaut clarified that the district cannot use those funds for operating costs.

"The recent bond passed has specific language that limits the expenditure of funds to identified construction projects only," Uthlaut said. "Operation costs will inevitably increase as a result of additional space with related staffing, custodial, maintenance, and utility expenses."

After a lengthy discussion, the board unanimously approved the motion.

"We have to support our school," Sayers said.