Montana elk management has been in the news more than usual lately. The big issue is the lack of public access in areas overburdened by huge elk herds and FWP's attempts to reduce those numbers. Here's some background to help you make sense of what you're reading and hearing.

One of FWP's most important responsibilities is to manage elk. That means we restore populations where habitat and forage allow, but also decrease numbers where herds grow too big.

Thanks to successful restoration, Montana is now home to a lot of elk. That's good news. Montanans are passionate about elk hunting, and elk are a major draw for nonresident hunters, who bolster local economies.

But elk also knock down fences, eat haystacks, and graze pasture meant for cattle, causing major headaches for some landowners. These days, our focus is mainly on trying to reduce elk numbers in many areas.

The best way to accomplish that is with public hunting. Unfortunately, many elk have learned to

hang out on private land off-limits to public hunting. When the hunting season ends, they move to the neighbor's ranch-which had been allowing public hunting-and knock down fences and eat hay. Responding to constituents, the Montana Legislature has given FWP marching orders to bring elk numbers down to population "objectives"-levels that habitat and landowner tolerance support.

But the state can't force property owners to allow the public onto their land to hunt and help reduce those numbers.

So what's the solution? How do we get more hunters onto private land to manage elk and increase hunting opportunities?

Many ranchers and other large landowners do allow public hunting, and for that we are grateful. As for those who choose not to, the state has for years tried to convince them to open their gates, if only just a little. Under state statutes, FWP can't help reduce depredation, such as by fencing haystacks, if a landowner doesn't allow at least some public hunting. That works in some cases but not others. FWP tried ending late-season hunts, hoping a five-week-only season would convince landowners to allow hunting to control elk populations on their property. It didn't. We've asked ranchers who allow hunting to talk to neighbors who don't. That hasn't worked either.

We've tried adding shoulder seasons and game damage permits, and even allowing hunters in some areas to take up to three cow elk per year. Elk numbers are still over objective in many hunting districts. The approaches we've tried over the past two decades haven't brought elk numbers down or provided more access for public hunters. It's time to try something new. Same objective. Different approach: new incentives for landowners.

One involves increasing, carefully, the number of 454 Agreements-named for House Bill 454, envisioned by the Private Land/Public Wildlife Council and passed two decades ago during the 2001 legislative session and tweaked last session. These con- tracts give landowners "either-sex" permits, which they can use to harvest bulls on their property, in exchange for allowing nonpaying elk hunters on their land. We're also looking at other incentives that would convince property owners to allow at least some public use. In addition to opening access, these measures could move some elk onto nearby public lands. They could also help build relationships among FWP biologists, land- owners, and hunters.

FWP is not favoring land- owners over regular hunters, as some have charged. But there's simply no denying that many landowners control something essential for effective elk management and hunter opportunity: access to elk. It seems reasonable to conduct some sort of fair exchange for that access. And remember: We have to manage elk where they are-increasingly, on private land- not where we wish they were, like on national forests.

It's also worth keeping in mind that most elk hunters are happy to harvest a cow elk. If we start allowing some landowners to take bull elk on their property in exchange for allowing more hunters a chance at cow elk, I think most hunters would favor that approach. But maybe not. That's one reason I'm convening a new 12-member citizen advisory group that will meet through the fall of 2022 to figure out the most equitable, reasonable, and effective ways to reconcile public wildlife and private property rights regarding elk, elk hunting, and elk management. 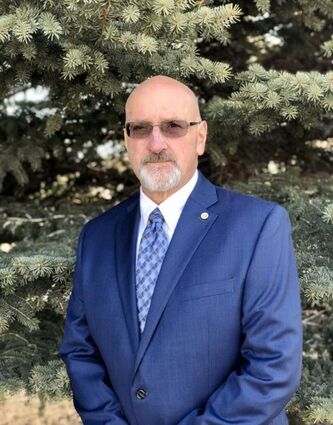 As Martha Williams, the previous head of this department who is slated to become the new U.S. Fish & Wildlife Service director, wrote in Montana Outdoors two years ago: "We need to meet with those on the other side of an issue and understand their point of view. Then we can collectively use the shared understanding and trust as a foundation on which to build lasting progress." Exactly.

I understand why some hunters are concerned that new efforts to find solutions to our ongoing elk dilemma might eventually lead to commercializing or privatizing wildlife, as has been the case in some other western states. But I don't think that will happen here. Montanans are renowned for coming together to develop home-grown wildlife management solutions that maintain the right balance of public wildlife and private property rights. I'm confident we can do it again.