Beloved son of Harry R. Elliott and Helen C. (Brennen) Elliott, Ron was born and raised in Sheridan, WY, and graduated from Sheridan High School in 1966.

Ron lived in Sheridan, WY, Livingston, MT, Bozeman, MT, Riggins, ID, & Three Forks, MT. His professional career included managing Anthony's clothing stores, managing the Sheridan WY and the Bozeman, MT Elk's Clubs, and a successful career in land real estate in Idaho and Montana. As a teen/young adult, Ron was an amateur boxer in Golden Gloves Boxing. He enjoyed participating in community theatre as a young adult. He helped organize the All-American Indian Days in Sheridan, WY for many years. He served the Three Forks, MT community real estate needs as a broker/owner over 23 years and was known as "The Land Man of Montana" until his retirement in 2019. 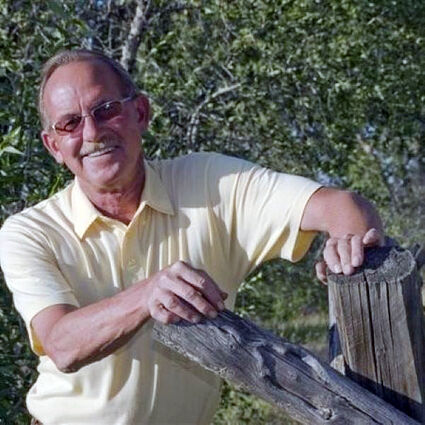 In lieu of flowers to Ron's family, gifts and donations are encouraged to the "Lacey Fund" at HVH Headwaters Veterinary Hospital, 11370 Hwy 287, Three Forks, MT 59752. HVH donations recognize the love Ron had for his pet dogs and the care they received at HVH.

Ron was known for his sense of humor, love of the Gallatin Valley and Montana history, and living in beautiful rural MT. He was passionate and strong in his beliefs and wouldn't shy away from controversy.

His recent interest in Catholicism brought him much comfort in the past few years when he faced multiple health challenges. Ron's daughters and sons-in-laws were at his bedside for his peaceful passing.