Guest Opinion: Say no to the special session

It is important to correct the record relating to recent representations about Montana's respected 100-plus year history of conducting fair elections: There has been no credible evidence of systemic fraud in Montana elections. In fact, the Montana Secretary of State's Office made substantial investments in election security, and has publicly declared that our elections are secure.

The effort led by 10 overzealous legislators, among them Gallatin County Representative Jane Gillette, to call a special session to investigate baseless claims of fraud -- is an irresponsible and wasteful use of hard-earned taxpayer resources designed to cynically sow distrust in Montana's elections.

Montana faces many challenges due to inadequate funding, ranging from our state hospital, to schools, affordable housing and childcare, and more. And yet, in the face of these needs, these ten legislators seek to spend hundreds of thousands of taxpayer dollars on a special session. Apart from the cost, a special session can also lead to other unintended and potentially damaging legislative mischief. But even if the effort were to fail, which is our hope and expectation, Montana voters should be alarmed that for the first time in many decades the foundation of their state democracy is under attack. 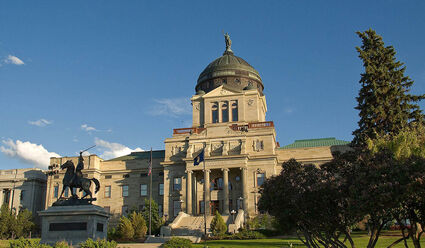 The opposition to this effort – which we join -- is bi-partisan. An excellent recent op-ed by Rep. Bedey (R- Hamilton) makes the case, an example of sensible bipartisanship that has made Montana state government work for decades. Many other Republicans agree with him.

Reasonable Republicans and Democrats can and must come together to address the many pressing issues faced by Montana working families. We stand ready with our colleagues to do that work, and in the meantime we commit to a robust and principled defense of Montana's respected and well-functioning election system.