The two-game series will start Friday, June 17, in Sheridan, with the boys scheduled to play at 7:30 p.m. Long and his Treasure State teammates will host Wyoming in a game scheduled for Saturday, June 18, starting at 7:30 p.m. at Lockwood High School.

Three Forks Head Coach Terry Hauser said it is an honor for Long to be selected in the game, and he is the first player he's had in six years at the helm of the Wolves and his two years at Butte High selected to play. 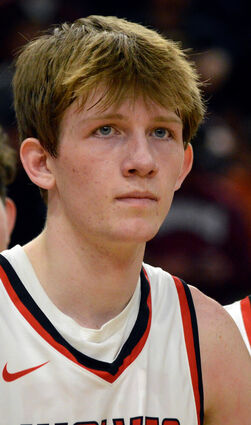 "Which shows you how hard it is to get selected because we have had some incredible players over 20 plus years," Hauser said.

After having Long as part of his team for past four years and as a manager in eighth grade, Hauser said his standout player was around a lot of successful teams.

"His experience showed this past year as he and his teammates made history doing something that has only happened two other times. They are state champions forever and will be remembered forever at Three Forks. I am super excited for him to be able to be part of this game, and he will remember this as well forever," Hauser said.

The Head Coach for the Montana team is Steve Keller, who coached Hauser at Montana Western. Also on the staff is current Three Forks girls Head Coach Mike Sauvageau, who has won state titles for both Wolves basketball programs.