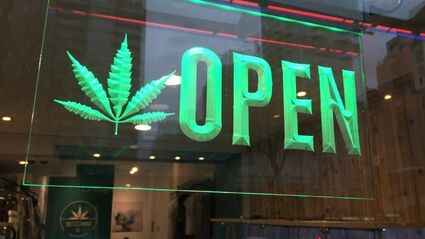 In November 2020, Gallatin County voters passed Initiative Measure 190 with a 65.6% favorable vote. This new law authorizes recreational marijuana businesses to operate within–and be taxed by–counties where a majority of voters approve it. With this measure in place, local governments began implementing restrictions and regulations for these new businesses.

The city council will host public hearings for the second reading of these topics at their upcoming May 10 meeting.

In November 2020, Gallatin County voters passed Initiative Measure 190 with a 65.6% favorable vote. This new law authorizes recreational marijuana businesses to operate within–and be taxed by–counties where a majority of voters approve it. With this measure in place, local governments began implementing restrictions and regulations for these new businesses.

One restriction with a significant impact on a marijuana business's ability to operate is the district regulations under the Marijuana Regulation and Taxation Act. This portion of the Montana Code Annotated prevents marijuana businesses from operating within a certain distance of schools, churches, parks, and other designated businesses.

The state of Montana sets this limit at 500 feet; however, Three Forks currently has stricter restrictions.

As the ground thaws, many prepare to dig trenches and lay water lines. An ordinance read at the April 12 city council meeting, if approved at their May 10 meeting, will alter the regulations and rules citizens must follow when completing these projects.

The new ordinance outlines the risks and responsibilities assumed by those laying water lines, therefore protecting the city from potential financial damages beyond their control.

An amendment proposed by Gene Townsend during the discussion on this water system ordinance requires that all new construction water set-ups have a check valve before the meter. This valve would prevent water in the home from running back to the mainline and contaminating the city water supply. This situation could arise in homes connected to a sandpoint well and the city water lines.

The primary purpose of this ordinance, according to Turner, is to align the water system regulations with the public design standards determined by the city council in October 2021.

Several council members pointed out minor errors before the first reading of the ordinance was approved unanimously.

On Feb. 17, the Three Forks Zoning and Planning Board held a public hearing regarding an application to amend the zoning code to allow for work-live developments. At their April 12 meeting, the city council approved the first reading of the planning board's recommendation to allow this type of zoning as a conditional use in the Neighborhood Highway Business District.

According to the ordinance, this zoning amendment would "create affordable space for commercial uses ..., while also providing residential space for owners of those businesses to live."

For developments to qualify as work-live, less than 50% of the establishment may be for residential use. This ordinance does not permit condominiums. Additionally, the business portion and the residential section of the development must be owned by the same person or entity.

The Three Forks city council also decided on a resolution to adopt a revised zoning map. These revisions change a portion of land in tract 5 from agricultural to a neighborhood highway business district. The council approved this resolution.