After months of preparation and anticipation, the final chapters of the Three Forks draft growth policy plan, which focus on plans for future land use as well as the goals and policies that will guide development for years to come, are ready for public review on the Envision Three Forks website.

City officials described the final two chapters released last week as the "meat and potatoes" of the policy.

Chapter three of the Three Forks draft growth policy details the city's future land-use plan. The purpose of this plan "is to guide future development and growth in a direction the City can support and in a way that enhances the quality of life of existing and future residents." According to the chapter introduction, this plan is both flexible and specific.

The "Future Land Use" chapter explains how future development could help serve the community's housing needs. In the next 20 years, the city could use its 150 acres of undeveloped residential land to construct around 750 homes, providing homes for a population increase of 1,500 people, the chapter reads. The city hopes to achieve these numbers through denser neighborhoods with smaller lot sizes. While current zoning regulations prevent the development of townhomes and other more affordable housing, the future land use plan incorporates these types of developments.

The residential density range suggested in the draft growth policy is between five and 15 homes per acre. 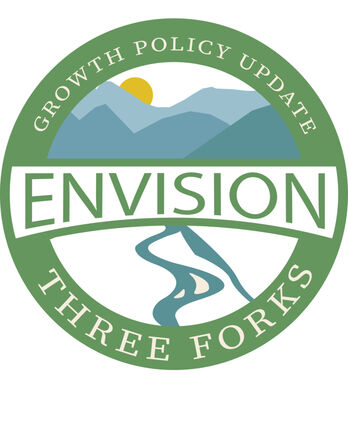 Much of the future land use map is designated as agricultural. According to the draft growth policy, these areas "will remain largely undeveloped until the City is ready to serve them with urban infrastructure, including roads, water, and wastewater."

Chapter four of the Three Forks draft growth policy plan outlines goals the city hopes to achieve and the series of policies it will use to accomplish them. The draft growth plan divides these goals by their impact on the people, the economy and the environment of Three Forks.

Comments for revision can be made at EnvisionThreeForks.com.