Andrew was born on August 26, 1972 in Bozeman, MT to Myron and Karen Evenson. Born the second child, he was always found spending time with his big brother Mike and the neighborhood kids on Third Avenue E and the playground of Three Forks Schools.  He graduated from Three Forks High School in 1990, where he attended school K-12.  During this time in his life Andy learned the gift of education.  You could often find him in the study hall assisting his classmates with their homework.  He excelled in everything he did including golf, church, and most lovingly remembered by his community as the "entertainment" at social events.  He then took this love of education further to Billings, MT where he attended Eastern Montana College where he earned his teaching degree.

Andrew taught Science at Oroville, WA Jr. High and High School for five years after graduation and added coaching girls basketball to his list of achievements.  His time spent with high school students were some of the best years of his life.  He enjoyed their energy and the challenge to share his love of education was addictive.  He was best known in his classroom for his humor to keep his students attention and continually push them to be the best of themselves.

Because Andrew had achieved his first goal in life, he was ready to move to the next level.  Own a small business.  He attended Western States Chiropractic College in Portland, OR, and earned his Doctor of Chiropractic. In 2004, Evenson Chiropractic in Coeur d'Alene began.  Here he became the person he wanted to be.  Every day he assisted those in pain to recovery and made hundreds of friends in doing so.

Andrew then fell in love and married Mary Turner on October 12, 2013 at St. Thomas Catholic Church in Coeur d'Alene.  Mary was the one true love of his life and with her came the family he had always wanted.  He adored his daughter Breanna and his grandson Phoenix more than the air he breathed and would brag to everyone who would listen about how wonderful it was to be a Papa.

Andrew pushed himself every day to live to the fullest.  When he woke he had goals to achieve and people to entertain and heal.  Because of his tireless drive of life, he became the friend that every person wanted.  His loyalty, love and patience earned him the largest family in Idaho and Montana.  You could find him on the golf courses in any weather, playing his bass guitar, or in a pub watching sports in a crowd of familiar faces.  He ran 11 marathons and completed four Ironman Triathlons in less than 10 years and sat on the Board for St. Vincent de Paul and IDFY.

Lastly, Andrew is a member of El Katif Shrine, Past Worshipful Master of Rathdrum Lodge #41 AF & AM, Worshipful Master of Coeur d'Alene Lodge #20, and was serving as Senior Grand Steward of the Grand Lodge of Idaho AF & AM at the time of his passing.  He was also a member of Aurora Lodge #201 in Oroville, WA, Three Forks Lodge #73, Idaho City Historic Lodge #1863, and Bannack Historic Lodge #3-7-77.   If there was a person in need at any time, Andrew would find a way to help them.   As written in Matthew 25:21, "Well done my good and faithful servant" 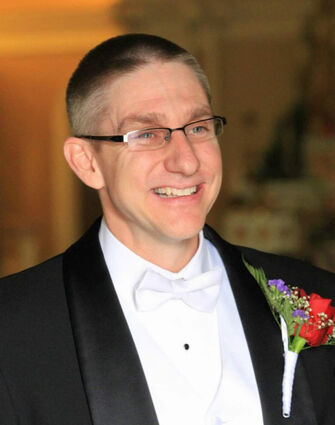 He is survived by his wife Mary Evenson of Hayden, ID; one daughter Breanna Maloney of Hayden; grandson Phoenix Van Leuven of Hayden; and brother Brian Evenson of Three Forks, MT.

He was preceded in death by his parents, and brother Michael Evenson.