Edward Max Makoff of Bozeman passed away surrounded by his family at Parkhaven Retirement Community in Manhattan on May 15, 2022. He was born July 12, 1933, in Lustre, MT, to parents Max Makoff and Helen (Zavalney) Makoff Kuzbar.

The love of Ed's life was his wife of 66 years, Donna Jean (Lane) Makoff. Ed and Donna were sweethearts throughout high school and married September 5, 1955, shortly after he graduated college with his first degree and just before he entered the Air Force as a pilot.

Ed graduated high school in Three Forks and went on to get a BA in Industrial Arts at Montana State University in Bozeman, where he also played football for the Bobcats. After he graduated in 1955, Ed was commissioned a Second Lieutenant in the United States Air Force. While in the Air Force, Ed flew B-52 bombers and fighter jets and was a flight instructor.

The couple spent three years in San Antonio, TX, and Denver, CO. In 1958 they returned to Bozeman where Ed was a Captain in the United States National Guard while he also furthered his education at Montana State University. In 1962, he earned his second degree, this time in Civil Engineering. When he graduated, Ed immediately went to work for the Bureau of Reclamation and stayed there until his retirement. During his employment he was a Field Civil Engineer at the Yellowtail Dam (Hardin, MT) and at the Grand Coulee Dam (Grand Coulee, WA). He finished his career in 1987 as a Project Construction Engineer for the Garrison Diversion Project (Bismarck, ND). When they retired, Ed and Donna settled back in Bozeman and for many years spent the winters in Sun City, AZ.

As an alumnus, Ed was a devoted Bobcat fan throughout his life, and he made concerted efforts to recruit others to the fandom, no matter where in the country he lived. He was also an ardent outdoorsman and spent much of his free time RVing with Donna and hunting, fishing, and snowmobiling with his family and friends. 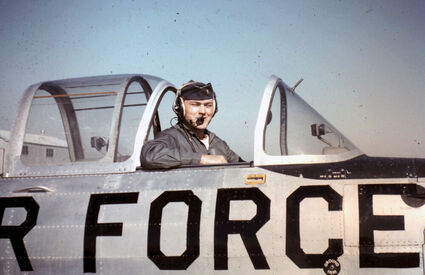 In lieu of flowers, the family asks that any donations be sent to the Heart of the Valley Animal Shelter, the Headwaters Heritage Museum, or a charity of the donor's choice.

A service will be held at 10:00 a.m. on Monday, May 23, at Holy Family Parish. Interment will follow at the Fairview Cemetery, and immediately after the burial, a luncheon will be held at the Three Rivers Senior Center.

K & L Mortuaries of Three Forks is in charge of arrangements.