Joseph Ralph Baker passed away at his home in Three Forks on Friday May 13 after a short illness.  Joe was born in Bozeman on June 9, 1936, and attended Bozeman school, graduating from Gallatin County High School in 1954.  Joe spent four years in the Navy as a C.B.  After his service, Joe returned to Bozeman where he worked in construction and concrete finishing.  Joe enjoyed hunting, fishing and all Montana had to offer. Joe (Poker Joe) dealt cards at Big Sky and at Chet's Bar and Whiskey Jacks for 25 years. 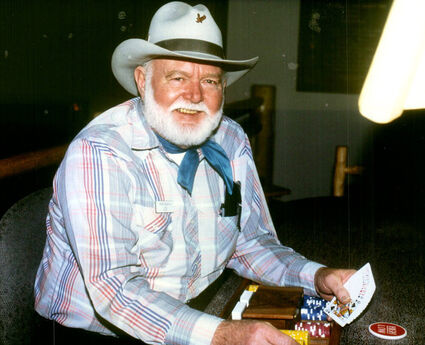 Joe was preceded in death by his parents, Chester R. and Irene (Ross) Baker, a sister, Dorothy Wahl and brother Ron Baker of Kalispell, MT and an infant son, David.

A military service will be graveside at the Three Forks cemetery on Friday the 20th of May at 11:00 A.M.