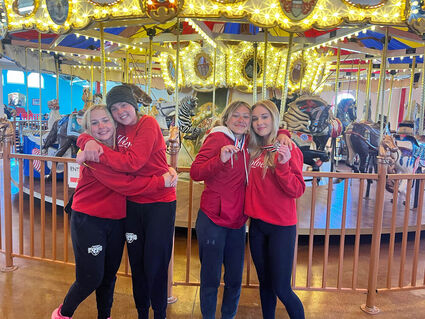 The doubles teams of Maddie Griffiths and Karen Williams (left), and Alicia Deriana and Ruby Warden have qualified for the State Tennis Tournament.

The Wolves were in first place after the first day of the competition and, after two days, finished with 34 points, eight behind champion Broadwater County High School.

Both doubles squads would go 2-1 on the first day of competition to set u...