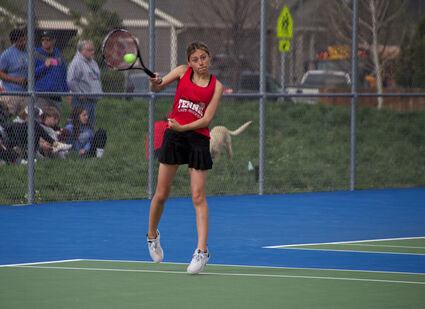 Ruby Warden and Alicia Deriana, and Karin Williams and Maddie Griffiths each were able to win their second match and earn a team point for the Wolves.

Head Coach Janna Lauver said Three Forks had a great run, with both teams winning a match for their first time at State. Lauver added they had two tough draws in their opening matches Thursday, which made them fight even harder in the second-round victories.

After losing to Vermulum/Killion of Conrad in the first round, Warden and Deriana...