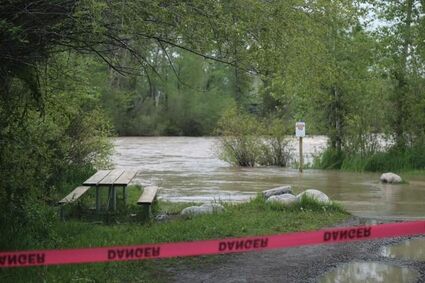 Montana FWP has closed fishing access sites on the Gallatin and Jefferson Rivers.

With ongoing snowmelt with rainfall over the Gallatin and Madison Mountains, the National Weather Service issued a flood warning for the Gallatin River including near Logan.

The "moderate risk" warning was issued from the evening of June 12 until Thursday, June 16.

Northwestern Energy has reported that Hegben Dam and Ennis Lake are full and they will be releasing more water out of the dam as needed.

Due to hazardous flooding conditions, Yellowstone National Park has temporarily closed its entrances and is evacuating all visitors through the south and West Yellowstone gates due to flooding at the other entrances.

Before visitors or residents head north from the park to seek accommodations, they are encouraged to check for availability. There is limited lodging in Bozeman, and there is no cellular service for 70 miles between West Yellowstone and Bozeman.

There will be erosion mitigation along the roadway in the Gallatin Canyon on U.S. Highway 191. Traffic will be delayed.

The Gallatin Gateway Fire Department reported Sunday that water from the Gallatin River was over Axtell Gateway South Road in several areas.

Hydrologist Eric Larson said April and May combined brought more precipitation than January through March at most SNOTEL sites in the region.