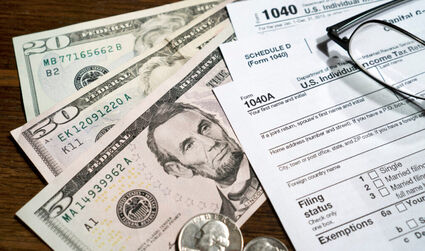 A proposed property tax cap and three other ballot initiatives supporters had hoped to put before Montana voters in November's general election are dead in the water after failing to meet signature-gathering thresholds, their respective backers have said.

The failed proposals included CI-121, which would have amended the state Constitution to dramatically reconfigure Montana's tax system by capping residential property taxes. That initiative, sponsored by Bozeman attorney Matt Monforton and State Auditor Troy Downing, had drawn opposition from organizations across Montana's political spectrum, including the Montana Federation of Public Employees and the Montana Association of Realtors.

"The Legislature is addicted to overtaxing homeowners," Monforton added. "This is a problem that is not going away. We will circulate a new initiative beginning in June 2023, which will give us plenty of time to qualify for the November 2024 ballot."

Montanans will, however, have the chance to vote on two measures referred to the ballot by the 2021 Montana Legislature. The first, C-48, would amend the Montana Constitution to explicitly specify that "electronic data and communications" are included in the clause that protects Montanans from "unreasonable searches and seizures." Sponsored by Sen. Kenneth Bognar, R-Miles City, the measure passed the Legislature last year with bipartisan support.

The second proposal that will go before voters, LR-131, the Montana Born-Alive Infant Protection Act, is an anti-abortion measure that specifies that any infant born alive "must be treated as a legal person." It passed the Legislature with GOP support on near party line votes.

The Montana Constitution provides a pathway for enacting law by voter initiative as a way for Montana citizens to craft policy in the face of inaction by the state Legislature. In order to qualify for the ballot, initiative backers must gather signatures from 5% of the state's qualified voters, a 30,180-signature threshold this year. Initiatives that seek to modify the text of the state Constitution, rather than simply state law, face a higher 10% threshold: 60,359 signatures this year.

Before being submitted to voters, both types of initiatives must also meet requirements for gathering signatures from a certain number of legislative districts across the state. Initiatives and constitutional amendments that qualify for the ballot take effect if a majority of voters endorse them.

The signature-gathering bar proved too high a hurdle for this year's crop of initiatives, however, particularly given that some spent time tied up in litigation.

Some of the tax cap measure's opponents, for example, filed suit in January arguing that Attorney General Austin Knudsen hadn't fully complied with a new law governing how initiatives with potential impact on Montana businesses are reviewed before backers are allowed to gather signatures. Signature gathering was temporarily blocked by a district court judge in Helena, but a Bozeman judge dismissed the case in April.

The first, CI-123, would have amended the state Constitution to include "prekindergarten" as part of the public education system guaranteed to Montanans. The second, I-191, would have designated portions of the Gallatin and Madison rivers as "Outstanding Resource Waters," bypassing the state's existing review process for that designation, which provides waterways with enhanced environmental protections.

In an email, Meyer blamed the failure of both measures on having his attention consumed by litigation against Montana Attorney General Austin Knuden, who had ruled CI-123 legally insufficient. That ruling prevented signature gathering on the measure until the insufficiency ruling was overturned by the Montana Supreme Court June 2.

CI-122, this election's fourth proposed initiative, would have amended the state Constitution so candidates would need to win elections with at least 50% of the vote, instead of simply winning the most votes of any candidate in their race, as is currently the case. The amendment would have directed the Montana Legislature to write laws to determine how to deal with elections in which no candidates win majorities, as when candidates in a three-way race each receive less than 50% of the vote.