If you were lucky enough to have met Mya Marie Zabala, you knew right away that she was an absolute firecracker. Never afraid to say what was on her mind and often loudly, Mya also had a huge heart that brought so much joy to her family and friends. Mya was a one-of-a-kind beauty on the inside and out and her passing will leave a gigantic hole in our hearts.

Mya was born November 9, 2001, in Las Vegas and passed away Thursday, June 30, 2022, in Belgrade, MT. After growing up in both Las Vegas and Rock Springs, WY, Mya moved with her family to Montana in May of 2015. During this time Mya was not only able to make lifelong friends but shined as a member of the Whitehall High School cheer team.

Even though Mya did not get to experience the craziness of her last two months of school due to COVID, she never complained and graduated from Whitehall High School in May of 2020. In the winter of 2017, Mya had a seizure on the way back from a visit to Wyoming and while this changed her life, she once again rarely complained during her five-year battle with epilepsy.

After graduation, Mya worked for a year at the Cardwell School to raise money to attend beauty school in Bozeman and was currently working at the Goodwill in Belgrade. Mya was part of the Three Forks Voice from day one, helping her parents deliver the paper every time she could. Mya enjoyed spending time with the love of her life Logan Smith, making silly TikTok's, binge-watching television, spending time with her friends, music, watching Gonzaga basketball with her Dad Jack, and the UFC. She had an incredible bond with her sisters Adrianna and Shayla. She also had a strong love for animals including her family's cats. 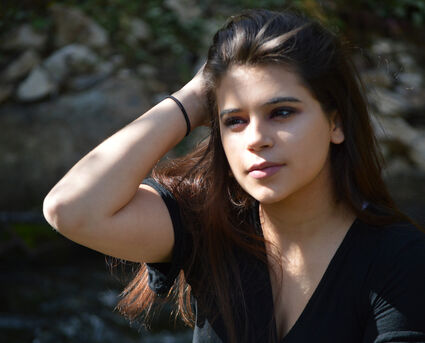 A private family viewing is scheduled for Friday, July 8, at 11 a.m. at K&L Mortuary in Whitehall. A Memorial and balloon release will follow at 1 p.m. at the Whitehall High School football field. A remembrance party will follow from 2:30 p.m. to 3:30 p.m. at the Golden Sunlight Pavilion on Main Street in Whitehall.