In January, Future West and the One Valley Community Foundation presented a study to the Three Forks City Council explaining the areas need for the construction of approximately 94 to 217 homes in the Three Forks area by 2026. Since the presentation, the council has approved permits and zoning changes to allow for new local housing developments.

The approval of building permits and zoning changes follows the city council's recent release of the City of Three Forks Growth Policy Plan and the Future West and the One Valley presentation. The city growth plan outlines future land use in the Three Forks area. One of the document's many goals is to encourage planned residential development.

During the January presentation by Future West and One Valley, Three Forks Planning Consultant Randy Carpenter called the city's zoning code "too restrictive." "We make it harder to build cheaper housing, the more affordable housing," Carpenter said at the meeting. The Future West and One Valley study found that multi-family structures are the cheapest form of housing, second only to subsidized housing which is not present in Three Forks.

Since this meeting , the city council has gone on a "spree" of sorts, approving zoning changes and construction permits.

On July 12, the city council unanimously approved a request by Matt and Kelly Bugland for a conditional-use permit to construct a 2,632 square-foot duplex at 121 and 123 Jefferson St, an area zoned residential. At the time of the meeting, both lots were vacant. The exterior of the duplex will match that of the existing duplex at 125 Jefferson St.

According to the permit application, each 1,316 square-foot unit will feature a detached garage accessible through the property's alley. "I think it's going to be really nice," Mayor Randy Johnston said during the meeting.

Three Forks Planning Consultant Randy Carpenter's staff report submitted to the Planning and Zoning Board states that the addition of the duplex will not adversely impact nearby properties and that it conforms with the objectives of the Master Plan.

On Aug. 9, the city council will host two public hearings: One for a request by Three Forks Development, LLC to amend the zoning code to reinstate section 11-6B-1 RM residential medium density district, which was removed by city ordinance 267 in February of 2003; and another request by Three F0rks Development, LLC to amend the zoning code section 11-6B-6 to reduce side yard abutting interior lot lines from ten feet to five feet.

On June 14, the city council approved an application for a minor subdivision for an RV campground with four RV sites and three short-term rental cabin sites at 126 E Jefferson St. The approval of the application included 24 conditions, such as meeting landscaping, water drainage and other building specifications.

Additionally, earlier this year, the council approved zoning changes to allow conditional-use permits for work-live structures in the town's neighborhood high business district. Work-live developments allow business owners to live in the same building where they work; however, the building cannot exceed 50% residential use. The zoning change did not permit condominiums in the district.

Although the city council has taken steps to increase the amount of local housing developments, residents and organizations continue to struggle to find the shelter in the meantime.

Broadwater County Sheriff and Coroner Wynn Meehan told The Voice that the county's deputies, and the rest of the department's staff, have struggled to find affordable housing in the Three Forks area. Meehan said he had previously spoken with Broadwater County commissioners and developers about constructing workforce housing near the Interstate 90 and U.S. Highway 287 interchange so "folks that work in the area can actually afford to have a home." Meehan said he hasn't heard any further discussion on the matter in several months.

"I understand it has been a difficult process," Meehan said. In the meantime, Meehan said the deputies and staff find housing elsewhere, mostly in the Townsend area.

The local housing situation has impacted the Three Forks School District, preventing potential hires from accepting job offers due to the lack of affordable housing, according to the district's Superintendent Rhonda Uthlaut.

"If we want to continue to staff our classrooms and programs with quality personnel, we must consider the rising cost of living and stay competitive with surrounding districts," Uthlaut told The Voice in a March interview.

As the cost of housing trends upwards, Uthlaut said the district has received historically fewer applications for a position than it has in previous years, with only six people recently applying to a job which received 30 or 40 applications in the past. 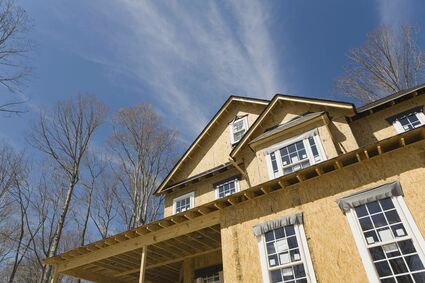 Despite the approval of new developments, housing is still a huge concern in Three Forks.

Organizations such as the One Valley Community Foundation have recognized the need for affordable housing in Gallatin County and continue to pursue solutions. A representative for the One Valley Foundation told The Voice the organization hopes to form a county-wide housing coalition with representatives of small towns, county government officials, realtors, hospitals and non-profits. The representative explained that the purpose of the coalition would be to address the housing crisis by getting each of the involved parties "around the same table."

Although the foundation hopes to brainstorm some creative solutions, it recognizes that relevant infrastructure, such as streetlights and other local amenities, is often more expensive than the housing project itself, preventing small towns from pursuing significant changes.