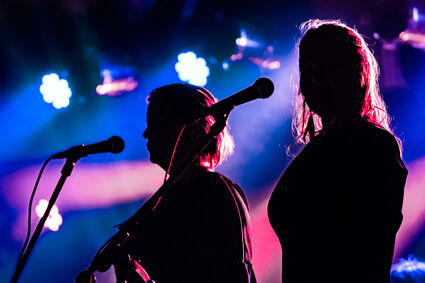 It should be an incredible night in a beautiful setting when Pinky and the Floyd take to the stage Friday, August 26, at the inaugural concert at the Bridger Brewing Three Forks location.

To founding member and lead guitarist and singer of the band Luke Flansburg, it is an absolute honor to be the first to play at the Three Forks location, adding Bridger Brewing has been a monumental supporter of Pinky and the Floyd.

"We have thrown some of our biggest summer shows in the parking lot at the Bozeman location. Those shows are some of our most memorable, high-energy, crazy fun shows ever. We always look forward to it. Very excited to usher in a new era for Bridger Brewing, which will bring high-quality musical acts to our community. What a wonderful community it is. The Three Forks music community continues to grow, with the addition of having a high-quality venue, it gives more ears the opportunity to hear how special and talented our local scene is," Flansburg said.

The origin story of Pinky and the Floyd dates back to the summer of 2008 when Flansburg said the band started on a whim, more or less as an opening act for the Doors Legacy Band in Bozeman.

"A group of us thought it'd be cool to have Pink Floyd open for the Doors, so why not? We called it 'The Pink Roids.' We played to a sold-out room, and the response was overwhelming, so we figured, why not continue on," said Flansburg.

The Pink Floyd tribute band would solidify a lineup and pick their current name as a nod to a favorite childhood cartoon, "Pinky and the Brain".

"Then the whole thing kind of just took off. It really started to blossom when Jake Fleming joined the band in 2010 and helped to bring in singers Jeni Fleming and Krista Barnett, adding a second keyboardist and percussionist. We all as musicians started to grow, became closer, and now have quite the 'Pinky Family.' That has been one of the best things to be a part of; the growth, challenges, successes, the shows, the stories, the road life... it's been incredible to share it with such wonderful humans. Even as members have come and gone, we are all still good friends, and the family has grown a bit," said Flansburg. "This current lineup is just fantastic. Adding singer Kali Armstrong to the mix is an absolute delight. Her energy, positivity, and such a genuine soul, we adore her. She's got quite a voice too. Just you wait until you hear 'Great Gig in the Sky'."

For those who have not been to Pinky and the Floyd show, Flansburg said they should expect to hear the music of Pink Floyd, a deep catalouge of their music, with high energy and incredible musicianship. 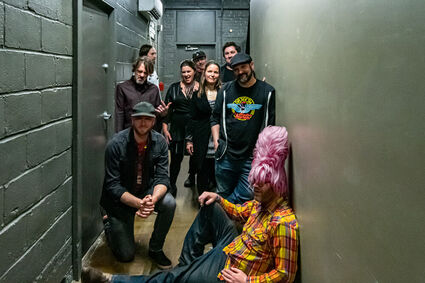 Pinky and the Floyd is scheduled to play August 2 at the Bridger Brewing Three Forks location.

"We try to stay true to form, keep it authentic, though not afraid to give it our own flair. We don't aim to be exact carbon copies of the albums; we aim to be ourselves while doing it," he said.

With the possibility of a few new to the band at the Three Forks show, Flansburg noted they might play more of the radio hits rather than go deep into the catalogue.

Bridger Brewing Marketing Manager Max Rubidue said they are excited to have the band play.

"We have hosted them many times before, so they have always been integral to our blossoming music scene," Rabidue said.

The doors will open for the concert at 6:30 p.m., with Pinky and the Floyd scheduled to play at 8 p.m.

Tickets are $20 and can be purchased at https://www.sellout.io/events/inaugural-concert.