Maxwell ("Max") A. Townsend, 80, of Goodyear, AZ, died in his sleep of natural causes on 7/18/22. Max grew up in Norris, Harrison, Trident, MT, and graduated from Three Forks High School in 1960 as the senior class valedictorian. He participated in track and football in high school; he later was on the MSC track team during college. Running home from Three Forks to Trident (after practice) is a memory still talked about by his high school friends.

Max was born on 5/18/43 to Earl and Inez Townsend in Bozeman, MT. He graduated from Montana State College in 1964 with a degree in Chemical Engineering and went to work for Standard Oil in Salt Lake City, UT. He obtained his Master's in Chemical Engineering at the University of Utah. Max was always very active, enjoying sports and the outdoors, especially skiing, mountain climbing and golfing. He was a certified ski patroller for several years at Alta Ski Resort in Utah. Max married Joy LaFeen in 1978 and they moved to Chicago, IL, in 1982. He worked for Standard Oil/Amoco until 1999. Max and Joy moved to Goodyear, AZ, after his retirement; they also enjoyed building a summer cabin in Star Valley, WY, with Joy's parents.

His family and friends considered Max to be a great listener and always fun to be around. Everyone looked forward to his visits and spending time with him. Max never gave up his love of learning and enjoyed discussing many topics with his family and friends. He will be remembered for his kindness by all of us who knew him. Max loved cats and his two cats found a wonderful home in Goodyear after his death with the help of SueAnn Olsavicky of Pet Companions. 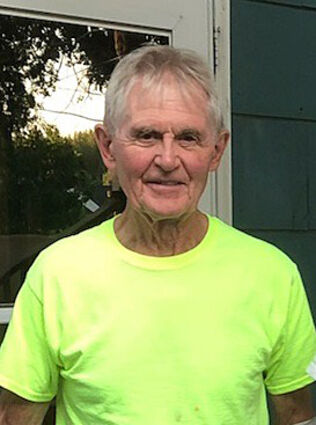 Miyazaki. Eleven great-nieces and great-nephews also survive him, as well as many friends.

Cremation has taken place and a memorial service will be held at a later date. He will be interred next to his wife at the cemetery in Harrison, MT.