Column: Where in the world is the sesame seed remover?

The summer before my senior year of high school, I was 17 and thought I knew EVERYTHING. Looking back two-plus decades, I did not know much about ANYTHING.

At the end of my junior year, I decided to get a job and the best option at the time was fast food. The job market was a little bit different than it was today, but you could always count on getting a fast food job, and I had already done my time at Wendy's with no intention of returning.

I decided to apply at Taco Time, which was not only within walking distance of my house but was also food I could see myself eating all summer without too much of a problem.

I have never enjoyed the first day at a new job. While a lot of people go into the first day with excitement, I always have a level of dread getting out of my comfort zone.

Because I had worked fast food before, and the fact I thought I knew everything, I wasn't too worried about the actual job. I just would have instead been home laying on the coach.

When I arrived at my first shift, I recognized my two coworkers from school, making me feel more comfortable. We did not run in the same circles, but in my little interaction with them, both were always nice.

After giving me a rundown on the archaic cash register and the drive-through, they told me once it got busy to watch what they were doing and help where I could with filling drinks and cleaning tables.

Once the evening rush came and went, they instructed me to get some "sesame seed remover" from the pantry.

They told me that many "taco burgers" were sold that night, and they needed to get more buns ready. Not wanting to get fired on my first day, I practically ran back to the pantry and started a search for what seemed to be an elusive item. I looked everywhere and kept saying that I could not find it.

After the third time, they just laughed and explained they were messing with me.

After everyone had laughs, we closed, and the next day I arrived with the same two working and a few more responsibilities.

Before the evening rush, they explained the process of making refried beans and told me that I needed to go ahead and put some gloves on and individually count the pinto beans.

They explained they needed an exact count to ensure the beans turned out ok.

Once again, without thinking, I went to work counting beans. After I hit about 1,000, I realized I had been duped again, and they spent the rest of the shift laughing at me.

Here I thought I knew everything and could not understand the finer points of buns or refried beans. 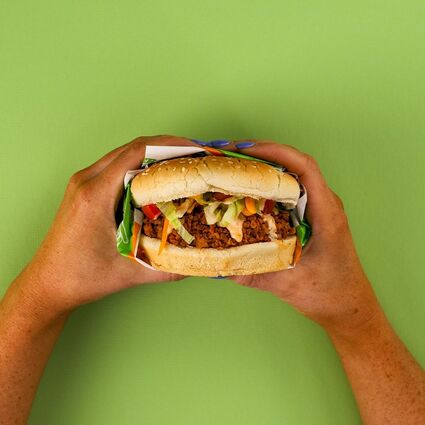 It turns out the sesame seeds stay on the bun of the taco burger.

I pretty much worked with these two the entire summer, and every shift, they spent the whole time making fun of me and my search for the elusive seed remover. It took a long time before they let me cook because they did not think I could handle it.

A few weeks after I started, we hired somebody new, and I was able to do a little bit of the training on the register.

I told the new employee to find the sesame seed remover. They immediately said there was no such thing, and by the end of the night were training to cook.

Once school started, I stayed working but quit after they would not give me a night off to attend senior night for fall sports. I felt terrible just walking out, but at the same time, I'm sure they didn't miss me much.