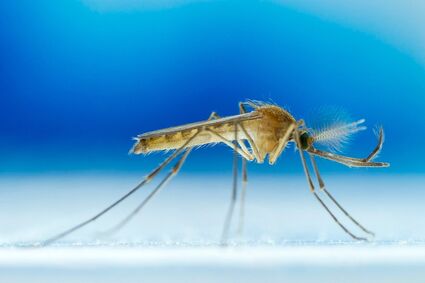 It's late in the mosquito season and it has been a busy year. We have had a few areas of fairly high mosquito numbers. The high numbers have been mostly flood / irrigation water mosquitoes (meaning they usually don't carry disease).

That being said the later in the mosquito season we get the higher the chances of seeing West Nile, Western equine encephalitis, and dog heartworm. Thankfully we haven't had any positive pools in our district some of our neighboring counties are not so lucky; Broadwater County has reported positive equine Encephalitis case. Lewis and Clark County has reported positive pools of mosquitoes carrying West Nile virus.

So while our mosquito numbers are low please don't get complacent about mosquito protection/control. Only one in five people infected with West Nile get sick with headache nausea body aches fever rash on the trunk or swollen lymph nodes. One out of 150 people will develop severe illnesses affecting the central nervous system such as Encephalitis or meningitis. There are no vaccines to prevent the disease or medication to fight the disease, this makes prevention the only line of defense. We will continue to larvicide and adultcide as we are still meeting our active threshold in our mosquito surveillance traps. Help us keep our residents safe by draining standing water wherever possible around your place, try to keep tall grass and weeds down, wear protective clothing (long pants and long sleeve shirt), and use DEET or Picardin on exposed skin.

In conclusion, although nuisance mosquitoes numbers are low disease bearing mosquitoes are still out and disease is in our area of the state.

With birds being the main carrier of the West Nile to the mosquitoes it can be spread over very large areas very quickly. So do your best to protect yourselves and your animals. It is impossible to get rid of all the mosquitoes but we will continue to try to control the mosquito numbers. Fewer mosquitoes means fewer disease hosts and less possibilities of disease transmission to humans or animals.