The feel good story of Miffy 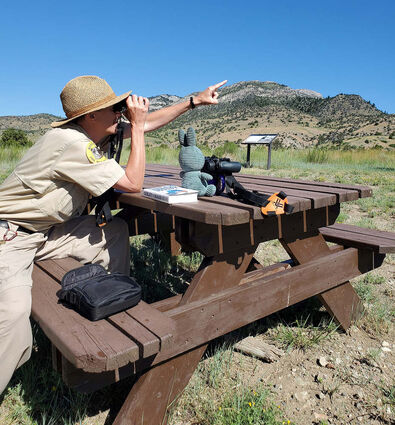 Miffy had plenty of adventures at the Caverns. MFP Photos

Four-year-old Lulu and her family were a day's drive away by the time they realized one of their family members was missing.

Miffy-a blue stuffed bunny and Lulu's best friend-got left behind at Lewis & Clark Caverns State Park while the family was vacationing from Washington. Now they were in the Tetons, and Lulu was heartbroken. Lulu's mom left a voicemail with the Caverns that night, hoping for the best. 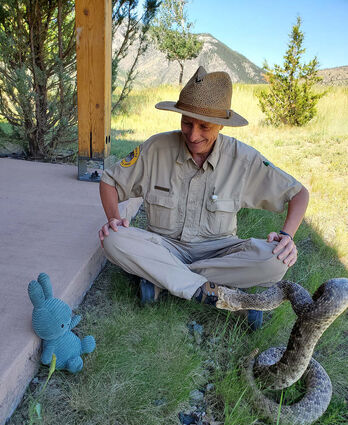 A text message came the next morning from a staff member at the Caverns: Miffy had been found! The family promised Miffy that they would return in a week to pick her up. To put Lulu's mind at ease over Miffy's absence, park staff Ramona, Lorie, Katherine and Brian took Miffy on many adventures in the park. She learned about rattlesnakes, went bird watching, helped with groundskeeping (and even got to ride on the mower!), and also completed the Junior Ranger activity booklet to become a full-fledged Junior Ranger.

During this time of separation, Lulu and Miffy exchanged messages via their caretakers with photos of their adventures. After a week apart, Lulu and Miffy were reunited on their return journey.

Lulu's mom, Reagan, followed up with an email to FWP: The "effort and kindness of the park employees was ABOVE AND BEYOND. It was incredibly heartwarming and kind, and helped our daughter get through our trip. We ultimately looped back to the caverns and were able to meet these amazing rangers and thank them."