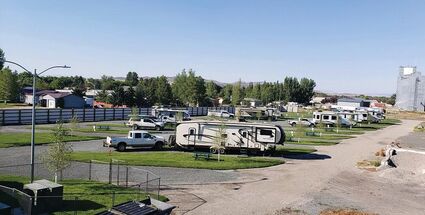 Earlier this summer, there was some excellent news for the Three Forks Market when they officially opened 20 new sites at their RV Park.

According to owner Rick Lamb, the 20 sites include a new building with bathrooms and showers, now making it a fully self-contained campground. The new sites also include new trees, landscaping, gravel, and fencing.

With a total of 29 sites at the RV Park, Lamb is excited about what the additions brings to Three Forks.

"It's going to be a great thing for the community, and it's going to help every business in town. People are going to walk downtown and enjoy the businesses, from the donut shop to the bars and cafes, along with the gym, hardware store, and Conoco.

Owners Rick and Val Lamb have also added an online site for reservations through Campspot that can be accessed at www.threeforksmarketmt.com/rv-park.

In the short time since going online with the new sites, Rick feels it has been a lot smoother after running the prior nine spots on "pen and paper." Lamb said they would add the original nine spots to the online system next spring.

"It's going to make things a lot easier," he said. 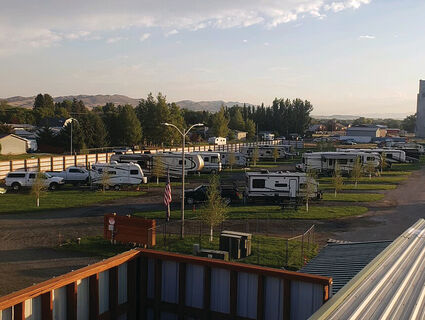 When he initially opened the RV Park, Lamb said many people might have thought he was crazy for doing it, but the store was getting phone calls nearly daily in the summer from people looking for a spot to camp in town. He said they have always been able to fill the nine spots during the summer, with a lot of them being monthly. Lamb added a lot of the people staying are retirees, and they are hearing positive feedback about both the old and new sites.

"A lot of people say how beautiful it is and that it's one of the nicest campgrounds they have stayed at. We like to keep it clean, to get the weeds mowed and the grass trimmed up. We try our best," he said.

The original nine spots will close for the season on October 1, and the 20 new sites will close on November 1.