He lived in Billings, Big Timber and Harrison while growing up; he graduated from Harrison High School in 1944 then enlisted in the Navy for 2 years from 1944-1946 following graduation.

After working at the Dugway Proving Grounds in Utah for the military, he moved to Canada in 1958 to run an A&W root beer stand. Lew's interest in microbiology brought him back to Utah where he worked in the Surgical Research Laboratory at Veterans' Hospital in Salt Lake City, Utah. His supervisor at the VA Hospital convinced him to move to Philadelphia, PA, to work at Womens' Hospital for the next 4 years. Lew was on the investigative team that identified the bacterium causing Legionnaire's disease. He then began research work for Carter Wallace Pharmaceutical Company in New Jersey until he retired in 1994.

Lew married Alice Kane on May 15, 1972, and they enjoyed many fun vacations, including traveling to Portugal and Europe several times. Alice died suddenly during a trip to Montana on June 12, 1993. Lew then moved to Harrison, MT, after Alice's death to be near his extended family.

After finding a house he thought was the perfect home for him in Three Forks, he moved there in 1997. Lew moved to the Parkhaven Cottages in Manhattan in 2017 then the Parkhaven main facility in 2021.

Lew was preceded in death by his parents, his wife, his sisters Inez (Earl) and Audrey (Jack), brother (Sam), brother-in-law (David), 2 nieces (Pearl, Gail), 6 nephews (Jerry, Chuck, Art, Richard, Ray and Max), great-niece (Dawn), niece-in-law (Joy), 3 nephews-in-law (Gary, Tom, Ron) and sister-in-law (Patsy). He was also preceded in death by his friend, Hayden Ferguson. Lew often talked about their friendship saying: "I can't remember a time when Hayden wasn't part of my life", as they had been friends since childhood.

He is survived by his sister, Blanche, as well as his nieces and nephews: Gene (Pat) Townsend of Three Forks, Ken (Karen) Manley of Manhattan, Jackie Todd of Butte and Wilma Wheeler of Alberton. Nieces-in-law Dorothy Townsend (Lisle, IL) and Marie Townsend (Tucson, AZ) survive him. Several great-nieces/nephews, great-great nieces/nephews and dear friend, Sean Rochford who was like a son to him, are also survivors. 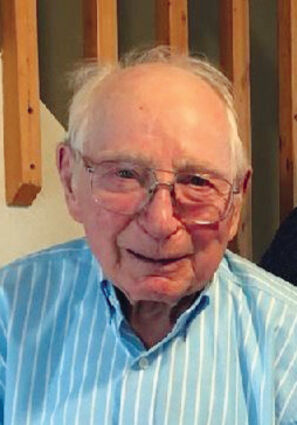 Lew enjoyed Montana history and Western art; he loved walking, birdwatching, dancing, visiting, a good meal and good wine. He made the best white chocolate cheesecake ever, which was a dessert frequently requested by his family.

Arrangements are in care of K & L Mortuary of Three Forks. Graveside services will be held at a later date at the Harrison, MT, Cemetery. The family is grateful for the compassionate, kind care provided to Lew by Enhabit Bozeman Health Hospice and Parkhaven Assisted Living.