He was born September 11,1956 in Rugby, ND and spent the majority of his life in Rugby and Minot, ND. He enlisted in the Army National Guard & Army Reserves, serving 18 years and during that time was deployed to Desert Storm. 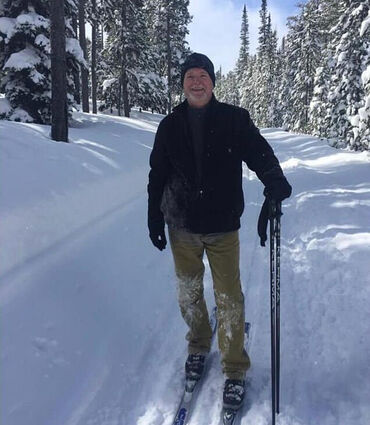 After working for the North Dakota State Fair for many years, he moved to Montana in 2012 and took a job at the Gallatin County Fairgrounds. Later he was promoted to manager where he excelled and was highly regarded because of decades of experience and his love of the fair industry. While working at the fairgrounds he met his sweetheart, Karen Rose. Together they enjoyed dancing, traveling and the outdoors: camping, hiking, biking, whitewater rafting, kayaking, & winter sports.

Whenever possible, he traveled to spend time with his children and grandchildren whom he deeply loved. He is survived by his daughter, Celeste (Steve) Bradford and their children Caleb and Belle, son Dustin (Julie) Voeller and their sons Dane, Brody and Reed, siblings Richard, Gerri, Carol, Amy, Bernie and Vicki in addition to his girlfriend of many years, Karen Rose. In lieu of flowers, we invite you to make a donation in his honor to: Gallatin Co. Fairgrounds 901 N Black Bozeman, MT, 59715.