"I really thought our kids did a great job battling on Tuesday. Obviously, we would have liked a different outcome, but we are right where we need to be and just need to continue to get better," Head Coach Shann Mack said.

Three Forks would respond two days later with a four-set win over the host Trojans. 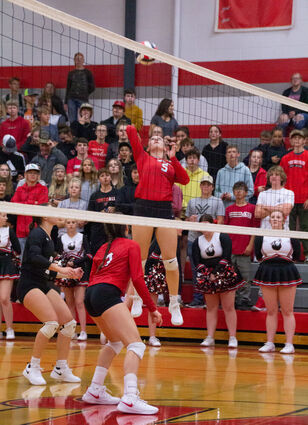 "For the most part, our match at Whitehall went pretty well. We did have a little dip in play in the third, but I thought Whitehall did some really nice things. We were super proud of the way our kids bounced back in the fourth," Mack said.

"We played them pretty tough the first two sets. When we serve aggressive and play scrappy defense, we can hang with anyone. Unfortunately, we hurt ourselves with service and attack errors. Against one of the best teams in the State, that's never a good combo," said Mack. "Manhattan Christian is a very talented and well coached group. It seemed as though our third match in five days against such a powerhouse team got the better of us. There were some super awesome moments and rallies, but if we want to play with the best, we have to clean up our game."

Three Forks will next be in action Thursday with a Homecoming matchup against rival Manhattan.