A Montana State University engineering graduate whose numerous projects around the state include roadways and water treatment facilities will be inducted into the Montana Professional Engineers Hall of Fame.

Tommy Harris "T.H." Thomas, who earned his bachelor's in civil engineering from MSU in 1953, will be honored with a plaque hanging in Roberts Hall on the MSU campus. The award, given annually by the Montana Society of Engineers in collaboration with MSU's Norm Asbjornson College of Engineering, recognizes exceptional contributions by engineers who are professionally licensed in the state. Thomas died in 2010 at age 80.

"He loved engineering," said Marillyn Thomas, his widow. "He said it was what he was born to do. I think he enjoyed every project."

Born in Butte, Thomas also grew up in Logan, Whitehall, Bozeman and Livingston, where he graduated from high school and got his start in construction doing highway maintenance in Yellowstone National Park during summer breaks. Following his graduation from MSU, he briefly worked for Peter Kiewit and Sons Construction Company and married Marillyn in 1954 before the couple moved to Anaconda, where Thomas worked for the Anaconda Copper Mining Company as a design engineer.

In 1955, they moved to Great Falls, where he worked for Tom Pearson Construction, then with Harold Hoskins and Associates on a comprehensive road repaving project in Great Falls that took several years. He served the Hoskins firm as managing engineer until 1965, when the partners formed Thomas, Dean and Hoskins, or TD&H Engineering.

Thomas served as president and CEO of the company from its beginning until his retirement in 1995. During that time, he oversaw design and construction of highways, wastewater treatment plants, drinking water treatment plants and a variety of other projects. The company now has nine offices, including four in Montana, and has grown to hundreds of employees.

"He helped lay the foundation for the firm to grow," Marillyn Thomas said. "What he loved the most was road projects, but they did sewage and water treatment projects, subdivisions, everything that civil engineers do." 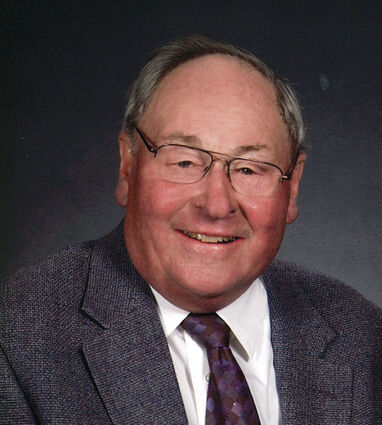 Thomas was also involved in numerous community and professional organizations. He served as president and national director of the Consulting Engineers Council of Montana, chapter president of the Montana Society of Engineers, a chairman of the American Water Works Association, and Montana chapter director of the American Road Builders Association.

The plaque that will honor Thomas's legacy in the Engineering Hall of Fame at MSU describes him as being known as a strong business leader and engineering mentor for many generations of employees as well as someone who had a natural ability to develop relationships with clients.

Thomas will be inducted into the hall of fame during the Montana Society of Engineer's 2022 Joint Engineers Conference in Helena on Nov. 2.