Young people in Montana were twice as likely to die by suicide than in the rest of the country during the last decade, according to state statistics.

Data from 2011 to 2020 released this spring by the state's Department of Public Health and Human Services shows that kids between the ages of 11 and 17 committed suicide at a rate of 11.9 per 100,000 people during those years, double the national average.

And despite increased attention by schools, mental health resources remain inadequate to the scale of the need, and Montana's youth suicide numbers remain stubbornly persistent.

"Even with all the ongoing efforts to figure this out, we continue to struggle in lowering the suicide rate," said Kurt Michael, senior clinical director of the suicide prevention nonprofit JED Foundation. The organization focuses much of its work on suicide in rural parts of the country and was recently in Livingston, which suffered several suicides in recent years.

"Clearly there are some pretty massive gaps," Michael said.

Even as the numbers trouble health care providers and educators, they could also signal decreased stigma and increased education about mental illness.

During her nearly three decades as a school counselor in Montana public schools, Susan Sherman has supported hundreds of students. As one of three school counselors at Kalispell Middle School in the Flathead Valley, Sherman has witnessed a string of suicides and even more suicide attempts, as well as countless students dealing with depression, anxiety and trauma.

She was not surprised by the results of the latest Youth Behavioral Study, an annual survey conducted in public high schools statewide to study physical and mental health challenges faced by students.

"We just have so many kids who are anxious and feel like they can't do school, they can't be there, and they are overwhelmed by the number of people," Sherman said. "Part of that is from being isolated during COVID-19, but I do think it goes beyond that."

During the 2020-2021 school year, 41% of students reported feeling so sad or hopeless for two weeks or more in a row that they stopped usual activities - a 16% jump from 1999, when the study was first conducted. Nearly 22% of students said they had seriously considered attempting suicide in 2021, down since the survey's first year but an increase of more than six percentage points since its low in 2007. About 10% of students attempted suicide, a consistent level since 1991, but an increase of almost four percentage points since hitting a low in 2011.

But "younger people are more educated and aware" of the signs of mental illness, according to Sherman. She said the results could also reflect a change in students' ability to identify that they need help and their willingness to ask for it.

According to a survey conducted by the American College Health Association, more than 47% of UM students reported moderate to serious levels of psychological distress over the last year, and 38.2% of students reported feeling hopeless most or all of the time. Those metrics jumped by 8% and 15%, respectively, since the same survey was conducted in March 2020.

More than 30% of students tested positive in suicide-risk screenings, which indicate a person's likelihood of attempting suicide, and while about 3% of all students surveyed had made a suicide attempt in the last year, nearly 10% of transgender or nonbinary students had done so.

At Montana State University in Bozeman, more than 37% of students seriously considered suicide at least once during the 2021-2022 academic year, according to data provided by MSU's Counseling and Psychological Services (CPS), and the number of crisis appointments skyrocketed by 137% compared to the year prior.

Erinn Guzik, director of counseling at UM, and Betsy Asserson, director of CPS at MSU, each attribute the increased demand, in part, to more education and social acceptance around mental illness.

Asserson, who has been at MSU for more than 20 years, said the decreased stigma is a "positive change," and, coupled with increased outreach, a large part of why more students have sought care.

Even so, decreased stigma is only one of the "many variables" responsible for the preponderance of mental health concerns among students, Guzik said. Lack of adequate resources continues to present a major barrier to improving mental health as demand for services increases.

At MSU, the number of people who engaged in counseling services increased by 35% between the last two school years, according to Asserson. "We have also experienced an increase in acuity, with more students presenting with histories of trauma, previous counseling experiences and suicidal ideation," she said.

UM's Counseling Services staff of eight licensed counselors and three clinical interns saw 1,300 students last year. Those specialists can have six sessions per semester per student - the first appointment is free, and subsequent sessions cost $20 each - before referring them to outside providers. Guzik acknowledged that the last few years have posed a challenge "to meet the demand for counseling and being able to hire qualified, diverse counselors," but reiterated the university's commitment to hiring more counselors.

Students at MSU are able to schedule an initial counseling appointment within one week on average, though students in crisis are seen immediately, Asserson said.  According to the counseling office's website, there are 11 licensed psychologists on staff and two licensed clinical professional counselors who offer group sessions, crisis intervention and one-on-one sessions.

Faculty and staff are often the first to hear from students about mental health concerns, so the Montana University System, the organization that represents 16 public colleges in the state, has taken steps to train educators to respond appropriately in those situations, said Crystine Miller, director of student affairs.

"We can't just focus our efforts on counseling services," she said.

Miller also emphasized that faculty members have unique insight into the emotional well-being of students, often through the lens of academic performance, but that while educators play a "crucial role" in mental health support, campuses must "recognize and find ways to support the mental health and well-being" of staff members as well, she said.

"There is a growing demand for crisis response related to mental health on our campus," she said, and UM does not have after-hours counselors available.

Teachers and school staff are on the front lines of Montana's youth mental health crisis, not only for college students, but for those in elementary, middle and high schools, as well.

"When you have a student with a learning disability, there are so many avenues to help that child. However, when it's a mental health issue, the pathways forward are fewer, primarily due to a lack of available services," said Rep. Moffie Funk, D-Helena. "We have to do something, and as with almost everything, it's about money. We need the financial resources to appropriately compensate the professionals who can help that child and hire and train the people who can assist in the classroom."

Since Funk was elected to the Legislature in 2015, she has championed educational reform and increased resources for Montana's public schools.

"Securing adequate funding for mental health services is a growing challenge," she said.

"Just like we need more experts in math and reading, we need experts in mental health across our state," Arntzen told MTFP. "I want to say very plainly and clearly that we cannot put more onto a teacher's plate."

The Comprehensive School and Community Treatment Program, offered since 2003 in some K-12 schools, attempts to address the problem by allowing districts to contract with outside mental health providers to put therapy teams in schools. But it has been undermined by therapist shortages, discontinued state funding and uncertainties around federal matches, according to previous reporting by MTFP.

Funk said "changes to the management of CSCT ultimately resulted in the loss of this highly successful program in schools across the state."

Even schools fortunate enough to have full-time mental health care experts such as Kalispell Middle School struggle with the sheer demand for care, Sherman said. She's responsible for hundreds of kids at a time, and she's constantly juggling multiple priorities: meeting with kids who self-refer or who are referred by teachers and family members; sitting in on classes to see how students behave; and conducting weekly two-minute check-ins with students.

Particularly in moments of crisis that touch many students - such as a student who tried to commit suicide multiple times on campus last year - "it can be really overwhelming as a school counselor impacted by this," Sherman said.

When it comes to the prevalence of youth behavioral health problems and the access that people suffering have to treatment services, Montana ranks 49th in the country, according to the JED Foundation. That bleak landscape, particularly acute in the most rural parts of the state, requires rethinking how treatment is offered to people in need of support, according to Michael, the foundation's clinical director.

The JED Foundation hosted a gathering of 80 teenagers from four Park County schools in September as part of an ongoing effort to connect clinicians and educators with youth voices.

"They really do have more knowledge about mental health than we assume, including the importance of stress management and the need to balance their health with academics," Michael said of the students who participated in the Livingston focus groups. "They said clearly and uniformly that they find the idea of seeking mental health support, whether formal or informal, to be acceptable," and they "liked the idea of providers coming directly to school."

Professionals agree that understanding the life of a student outside the classroom is vital to providing the right kind of mental health treatment, and there's a growing emphasis on providing holistic care to students before a crisis occurs. 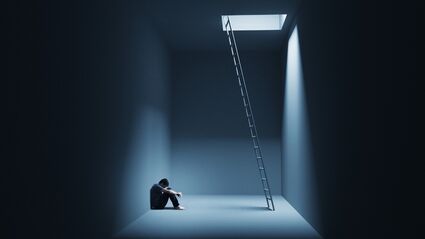 Students aren't waiting until college to take the initiative, either. Kalispell Middle School offers annual educational series on mental health and suicide prevention, and Sherman said students are actively learning about their emotions, how they are triggered and how to best seek help.

Even when things look grim, "I think that's what gives me hope," she said.