Council approves Mayor to help out with public works

Duties authorized for Johnston from November 24 to 27 and December 28 to January 9 include snowplowing, sanding, plowing on the Headwaters Trail System, chlorine residual daily testing, and wastewater sample collecting.

Johnston will fill in for the city due to a newly hired employee leaving and a previously planned vacation for the Public Works Director. Johnston told the governing body he had worked for the city for 30 years and knows how to run the system, and if something were to happen, he would know what to do.

Councilmember Nancy Todd said that while it is not ideal to have the Mayor filling in, someone needs to be approved to do it, adding when you are looking at the private sector, you have to do the work when you are the top person, and someone is gone.

"In my opinion, it's not that much different," Todd said.

Councilmember George Chancellor also voiced concerns about the Mayor having additional duties and said he does not feel really good about it and that the Mayor's job needs to be attended to and not be sidetracked.

Johnston said he would go and check on things in the morning and not be out all day with Public Work duties.

"We need to get people hired and take the time to train them," he said. 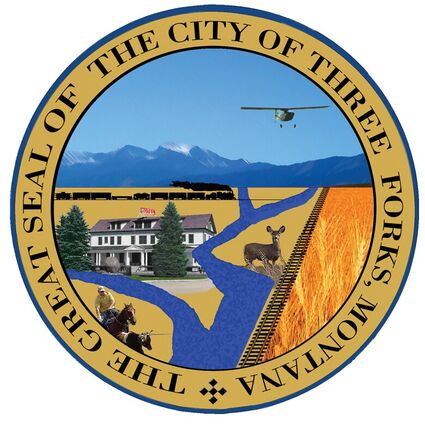 In her report, City Treasurer/Flood Plain Administrator Kelly Smith told the governing body FEMA and DNRC officials would be in Three Forks on December 6. Smith said a FEMA Region 8 official asked to come to town, and they will be given an update on the project and taken out to the proposed project area. Smith added that Great West Engineering and Headwaters Economics representatives would also be attending.

The Three Forks City Council unanimously approved the creation of a flood mitigation special improvement district during its October 25 meeting to help gather funds for the construction, maintenance, and incidental costs of the project.

In January, the City of Three Forks submitted applications to FEMA to obtain funding for a flood mitigation project to reduce flooding risk from the Jefferson River. According to City officials, the proposed mitigation is a grass-lined channel and culvert crossing improvement project that will intercept floodwaters west of Three Forks and divert them back to the Jefferson River before reaching the city with a proposed cost of $5.5 million.