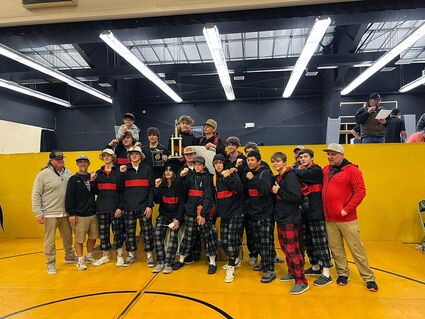 The Three Forks High School Wrestling team will open the 2022-23 season with 25 wrestlers, enough to be two deep in just about every weight class. According to Head Coach Nye Howey, the coaching staff has been looking forward to this type of turnout.

"The way the coaches have been looking at things, we've been gearing towards this day for quite some time with the (Three Forks Wrestling Club) Little Guys and Headwaters programs. They are excellent feeding programs," said Howey. "Headwaters does a lot of wrestling in the summer, and the older kids are working with the kids. Headwaters has been a tremendous feeder into the high school program with the new kids coming in. It's great having these clubs in the community and the community support of wrestling."

Not only will the Wolves return a great deal of depth, but they will also have a mix of younger kids in 2022-23.

Howey said it is nice to have that many kids in the wrestling room, adding the first few weeks of practice have gone well.

"They are working hard, and the younger kids are learning from the older kids," he said.

There will be no shortage of returning firepower for Three Forks, who welcome back two-time defending state champion Brayden Linville, and 2022 state champion Cole Rogers.

Dylan Kamps will return after a third-place finish in 2022, and after being unable to wrestle due to an injury last season, 2021 fourth-place state finisher Levi Wagner will return for the Wolves.

"Levi is healthy again, and it is good to have him back," Howey said.

Gabe Hungerford and Chase Kirkland will return as state qualifiers for Three Forks. Howey added senior Jesse Eide has been solid in practice for the Wolves. Howey added things have also been going well in the wrestling room for the team's younger members.

"We're pretty much two-deep in every weight class. Practice partners have been really good to have. Everyone in the room is working hard," Howey said.

It will be a busy week for the Wolves, who will wrestle Thursday night in Boulder and then at the Whitehall Duals on Friday and Saturday.

"It's just great to be back and go to some of these tournaments. After these first couple of tournaments, we will see where we are at, and what we need to work on," he said.

A day before leaving for the season-opening tournament on December 2 and 3 in Cascade, Howey said he would not have a full squad due to injury and some wrestlers not having enough practices to be able to compete. Even without the entire contingent of Wolves, Three Forks was dominant at the Badger Invitational, finishing in first place in the 21-team field with 245 points. Whitehall finished in second with 215.

Three Forks had an impressive four individual champions at the two-day tournament.

The outstanding opening performance was led by a mix of exceptional finishes by returning Wolves and new squad members.

Wrestling in his first tournament for the team, Brummie Boggus won both of his matches by fall on his way to a first-place finish at 103 pounds.

Opening his quest for a third-consecutive state title, Linville was dominant in Cascade, winning all three of his matches by fall on his way to a first-place finish at 113 pounds.

Wagner returned to the mat in style for Three Forks, going 4-0 with three pins, finishing first at 138 pounds.

Kamps was also a force on the mat in Cascade. The senior finished 4-0, including three wins by fall, finishing first at 152 pounds.

Mathias Hogue made an impressive first impression as a member of the Three Forks team, winning three matches and finishing in second place at 120 pounds. 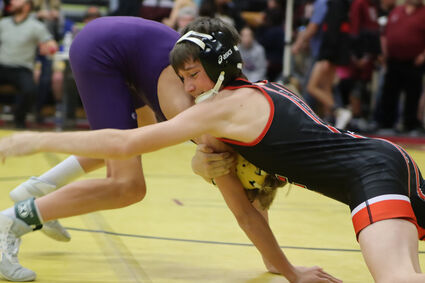 After falling in the semifinals to Logan Van Dyke of Cascade, Rogers bounced back in impressive style and finished the tournament with a 3-1 record and third-place finish.

Logan Douma opened the season strong for the Wolves, going 3-1 with two pins and a victory by technical fall in his second-place finish at 126 pounds.

Hungerford started the 2022-23 season strong, going 3-1 with three pins and a second-place finish at 145 pounds.

Eide opened his senior season going 4-1 and finishing in third place with three pins and a third-place finish at 160 pounds.