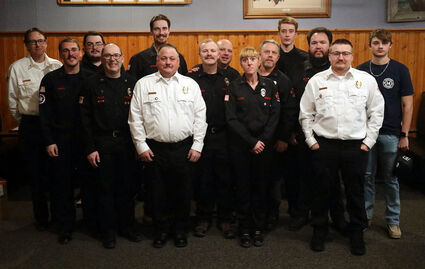 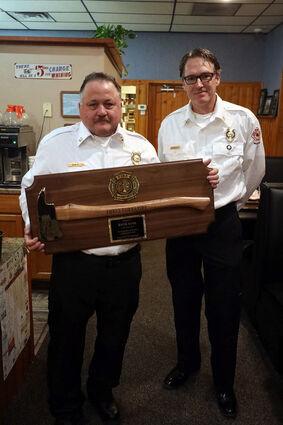 New Firefighters sworn in at the meeting were Joshua Bingham, Daniel Roney, and Chase Moore.

Firefighters were also awarded for their service to the community, which included Years of Service Awards.

Charles Eastty was named Firefighter of the year, and Chase Moore was awarded Rookie of the Year.

Keith Aune was recognized for having 30 years with the Department.

John Whitesitt, Cheryl Carrasco, and Trevor Aune were all recognized for ten years.