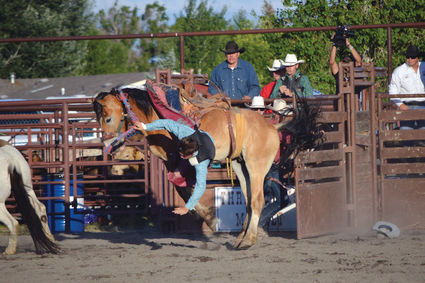 New bleachers at the Three Forks Rodeo arena were a topic of discussion at last week's Council meeting.

A brief city council meeting on Tuesday, February 11, was primarily concerned with the Three Forks Rodeo. Council Member Dennis Nelson presided over the meeting in the absence of Mayor Sean Gifford, who was serving on military duty. Nelson started the meeting by resigning as project manager for the Three Forks Rodeo Arena Bleacher Project, due to personal and family commitments.

Chuck Wambeke then gave the Three Forks Rodeo Arena Board of Directors' Annual Report, with figures starting July 1st of 2019. Approximately 9100 people attended 35 different events over the 50-day season, resulting in an income of $120,000. Expenses were roughly $98,000, and projects completed were mostly focused on safety, such as rebuilding stock exits and the stripping chute, as well as modifying the arena so that the water truck did not have to drive through spectators.

The figures for the 2019 NRA Rodeo itself were slightly down from the last two years due to competition from the Gallatin County Fair concert on Friday night. However, the Saturday night event had record attendance and brought the total spectator count to 4630. As the biggest annual weekend in Three Forks, the NRA rodeo brought in $88,000 of income and $29,000 in advertising revenue. Council Member Erin Schattauer asked if it was possible to avoid the competition with the Gallatin County Fair, and Wambeke replied that the NRA sets their own dates and it would be difficult to change. The scheduling conflict affects Three Forks about 2 out of 7 years. Council Member Gene Townsend commented that he heard of people attending the rodeo first and then leaving early to go to the concert, and reminded the council that the 3rd weekend in July is the "primo" date for the rodeo - it has not been rained out yet! 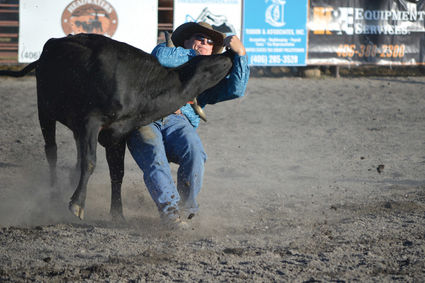 Shawn Dunagan competes at the 2019 rodeo.

Following the report, the council had to decide about purchasing new bleachers. The choice was between 1907 seats for $412,130, or 2286 seats for $473,800. Wambeke presented the Arena Boards' preference for the 2286 seats. The additional five rows it would provide would make it possible to utilize the space under the bleachers in the future without expensive modifications. The requested loan amount of $310,000 cannot be increased, so the extra expense will have to be covered by saving money on the site work and starting a fundraising campaign. Townsend, who is also on the rodeo board of directors, argued that the rodeo is going to grow and it is important to get as many seats as possible. "The rodeo weekend is really it", he said, and his sentiments were strongly echoed by Matt Bugland, who spoke about how important the rodeo is to him personally and to the community of Three Forks. Wambeke said that they have a good rodeo board with lots of enthusiasm and that they hope to have the money raised by May 1. The council concluded the discussion by voting 5-0 to recommend that the mayor sign the contract for the 2286 seats.