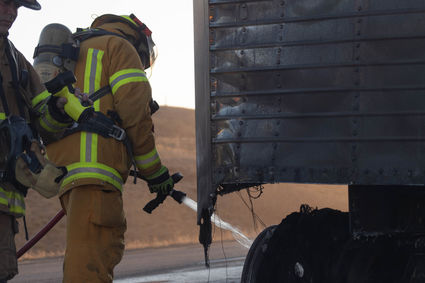 A semi-truck carrying cattle feed caught fire on I-90 at around 5:00 p.m. on Tuesday, November 3 several miles west of Three Forks.

The driver pulled off to the side of the road and emptied two fire extinguishers onto the flames before falling unconscious. Willow Creek medics found him without a pulse and attempted to revive him on the way to a hospital in Butte while emergency services tended to the accident. The medics were successful, according to Three Forks Volunteer Fire Chief Keith Aune. The flames were so hot that they melted several holes in the trailer and even left a small trail of cooled molten aluminum on the side of the road. 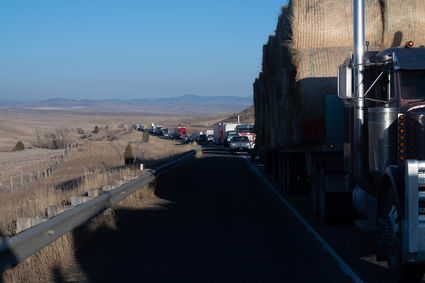