The 2021 Headwaters Country Jam near Three Forks will feature a Next from Nashville stage, allowing festival attendees to hear some of the future stars of country music.

Among those in the lineup on the stage is rising talent Nolan Sotillo who is scheduled to play Friday, August 20 at 7 p.m.

Sotillo is no stranger to the entertainment business after playing lead roles as a teenager in Disney's Prom, and the Steven Spielberg produced Red Band Society. He is now making a name for himself in country music.

"These are all guys that have really carved out their own unique path, and for me, that's what it's all about when creating a music career," Sotillo said.

Growing up listening to a wide variety of music, Sotillo feels the most significant draw that pushed him towards country was the truth in storytelling.

"And the raw emotion that comes from that," he said.

Looking towards his show this week, Sotillo is eager to be making his first trip to the Treasure State.

"I've never been to Montana, and I'm incredibly excited. I have heard it is incredibly beautiful. I'm a big fan of exploring nature...and I'm going to try to find some time to explore," he said.

First and foremost, Sotillo is eager to play for and meet new people at the festival, but he also wants to be a "student of the game" from the headlining acts.

"This year, I've got to see Dustin Lynch and Erich Church, and it is all about learning from the guys who are at the top," Sotillo said.

Sotillo believes the new stage at the festival is a great opportunity.

"I see a lot of up-and-coming artists that I know or that I've heard of playing these stages, and it's a great chance for us all to go and continue to play and explore our own music and get the opportunity to meet new fans," he said. 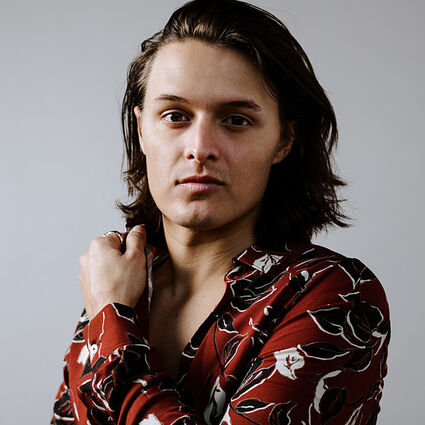 Rising country start Nolan Sotillo will play the Next from Nashville stage at this week's Headwaters Country Jam near Three Forks.

For those who have not seen Sotillo play live, he describes his show as a lot of high energy moments, with feel good music that spans multiple genres like soul, country, and rock.

Over the next few years, he would like to be over to find some success on the radio – crossing over from streaming.

"I would really love to sign a record and publishing deal and be part of a family that is really dialed into what I'm doing," he said.

With plans on continuing to tour, the ultimate goal for Sotillo is playing big stadiums and being the late-night headliner at festivals like Headwaters Country Jam.

"I've been doing the entertainment thing a long time now... I've got my nose to the grindstone and am trusting the process," he said.

You can find Sotillo's music on Spotify, Apple Music, or anywhere you stream music.