To keep up with the increasing demand for housing in the Gallatin County, between 94 to 217 homes need to be built in the Three Forks area by 2026, a study presented to the City Council on Jan. 10 said.

The study, conducted by Future West and the One Valley Community Foundation, identified housing problems throughout the Gallatin Valley, as well as solutions local governments could use.

Randy Carpenter, the Planning Consultant to the city of Three Forks, stressed that changes need to be made to increase housing development in the area, including altering some local ordinances.

"I would argue from an affordability standpoint that Three Forks zoning code is too restrictive. We make it harder to build cheaper housing, the more affordable housing," Carpenter said.

According to the Future West/One Valley study, the cheapest form of housing is multi-family structures.

The Gallatin Valley's housing problem is most evident within and around Bozeman city limits.

Realtor.com lists the average Bozeman home price as $749,900. The study presented to the Three Forks City Council explains that this significantly high average cost is due to uneven growth in the community. While the number of jobs in Bozeman and the surrounding areas has grown 4% each year, the number of housing units has expanded at half that rate.

This unequal growth has unbalanced the supply and demand for local housing, driving the price upwards.

With higher home prices, citizens experience what is known as a "cost burden." While presenting the study to the City Council, Randy Carpenter explained cost burden to mean that citizens spend more than 30% of their income on housing.

In the Gallatin Valley, 50% of renters and 24% of homeowners are cost burdened, the Future West/One Valley study found.

Attempting lower their housing costs, Bozeman employees expand into surrounding communities, such as Three Forks. While this might alleviate some of the costs to living, these employees end up paying hundreds of dollars to commute to work.

According to the Future West/One Valley study, those who commute from Three Forks to Bozeman every day for work, spend $754 a month on gas.

The study offered solutions such as paying higher wages, encouraging employer owned wages, promoting housing assistance. But no one solution will solve the housing problem for the entire Gallatin Valley. Local governments need to band together to implement and revise these solutions. 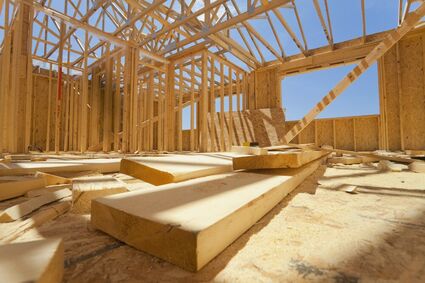 "It really does require collaboration between the communities, the local governments, [and] things like the HRDC," Carpenter said.

Remedying the Gallatin Valley's housing crisis will take lots of time and patience. What works in one town may not work in another. That said, as communities' band together, it can be solved.

"This is a bigger problem in my mind than just getting a shelter over someone's head, which obviously we all need, but it's really going to determine what sort of community we have here in the Gallatin County and the state of Montana," Carpenter said.

To reach the necessary 94 to 217 new homes by 2026, the Three Forks City Council will need to make significant zoning changes. These changes will likely take place after the council completes the new Growth Plan.