It was a tremendous start to the season for the Three Forks High School football team, who picked up a 20-6 road win on August 26 over Red Lodge.

"It felt good to go out and watch the kids compete. They battled every rep and gave tremendous effort throughout the whole game. I loved our energy and focus. It's a long bus ride over to Red Lodge, and the kids knew we were going over there on a business trip. As coaches, we are proud of them," Head Coach Connor Sullivan said.

Tied at six at the half, the Wolves would score a touchdown in the final two quarters on their way to the double-digit victory, where Sullivan said they executed pretty well in all three phases of the game.

"Game one, there's always stuff to clean up and learn from. We will get the kids in the film room and focus on taking care of that stuff going forward," Sullivan said.

The fourth-year coach praised the play of junior quarterback Tallyn McCauley who he said played a great game on both sides of the ball.

"He operated the offense and made some huge plays for us with his legs and arms," he said.

It was also a huge night for Colten Hayder, Shane Williams, and Sawyer Andersen. Sullivan said Hayder had an interception and a long touchdown reception to swing the momentum towards the Wolves. Sullivan added Williams had a tremendous game on defense and was all over the field with relentless effort to the ball leading the team in tackles and some key catches on offense.

Sullivan added Andersen ran the ball very well, who he said is a powerful runner the team leaned on heavy in the second half.

"Lastly, I want to give a big shout out to our offensive and defensive line. It's not easy playing in the trenches, and those guys were battling all night creating some big running lanes and attacking the QB on defense, forcing pressure and poor decision throws," Sullivan said. 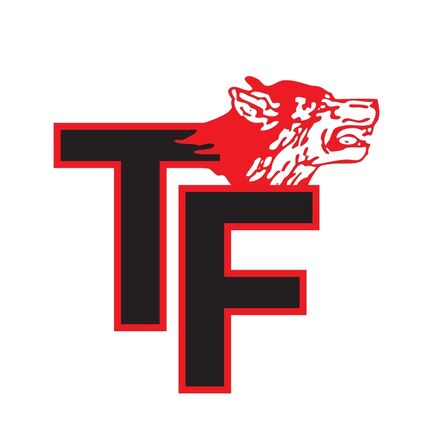 The Wolves will open their home season Friday against Thompson Falls.

Sullivan stressed the importance of going 1-0 for not only the week, but during each rep in practice.

"I think the kids are starting to understand that. We stress it all the time as coaches. Let's not focus on Friday night. Let's focus on this Monday practice, this rep, and our assignment. Each day we want to try and go 1-0. You don't win the game on Friday nights. You win the game throughout the week with your preparation, taking care of your body, execution, and extra film study. We need another great week of practice, energy, and focus," he said.