By Tom Elpel
For the Voice 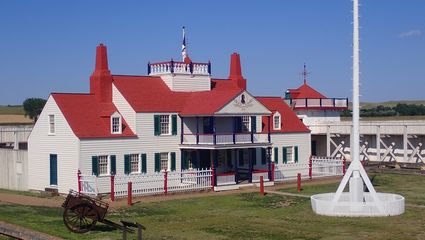 Fort Union Trading Post was reconstructed based on sketches and archaeological excavations. The Bourgeois House was rebuilt first, followed by the palisades and bastions.

"Capt Clark thinks that the lower extremity of the low plane would be most eligible for this establishment; it is true that it is much nearer both rivers, and might answer very well, but I think it reather too low to venture a permanent establishment, particularly if built of brick or other durable materials, at any considerable expence; for so capricious, and versatile are these rivers, that it is difficult to say how long it will be, untill they direct the force of their currents against this narrow part of the low plain, which when they do, must shortly yeald to their influence; in such...