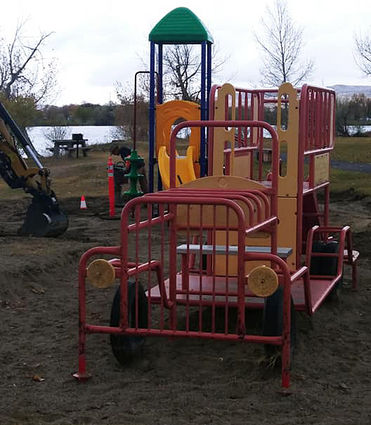 City of Three Forks employees were busy last week installing new playground equipment at Bellach Park. The equipment was purchased with a donation from the now disbanded Headwaters Kiwanis Club.

Former Club President Linda Bauer said she is more than a little excited the equipment is finally being installed.

She said the origins of the donation date back to 2018 when they had considered donating the money for a pool but decided to go a different route.

City Clerk Crystal Turner said the club donated $9,251.16 in 2019 for the equipment and it was ordered by former Mayor Steven Hamilton. She...