With work continuing on the five-year update of the City of Three Forks Growth Policy (GP), residents are being encouraged to participate in a third questionnaire, which launched in late April.

"It's very important. Without the public's input, it would be the consultant and staff's input only," Turner said.

The City of Three Forks Steering Committee has been working with Logan Simpson, a landscape architecture and environmental planning firm on the update to the GP.

In Phase 1, a community vision was developed; in the ongoing Phase 2, officials are working on summarizing the second questionnaire that focused on opportunities for improvement, what the City is doing well, and what issues need to be addressed.

In Phase 3, officials hope to develop "The Roadmap" that involves drafting the GP and essential implementation items. The community will be able to review the draft GP before adoption by the governing body.

The third questionnaire presents a series of photos and asks respondents to tell which items resonate with them the most when they envision the future of Three Forks, which most represent how the City, its neighborhoods, and amenities should look.

Megan Moore, a Senior Planner with Logan Simpson, said in the third questionnaire they would like to get a sense of what people like in terms of character, size, type of housing; amenities needed; and character and type of commercial.

"Typically, we use the highest rated responses to help us further define the land use categories, and actually continue to use the imagery to help explain what type of use, scale, etc., should be included in those categories," she said.

The City of Three Steering Committee is currently comprised of 11 residents of city limits and a few who live within the 1-mile zoning boundary. The Committee has been working on a thorough review of the current existing GP and identifying initial key issues and opportunities for the new GP. 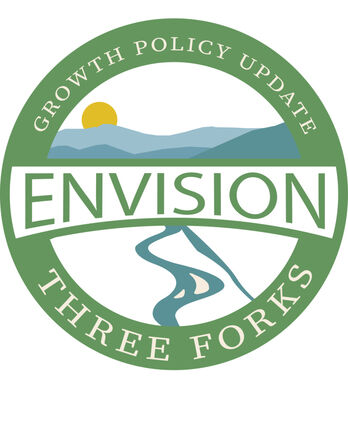 They have also been utilizing community responses from the first two questionnaires.

Turner said the input from the Steering Committee defines the GP and ultimately sets what the City will have in its ordinances.

"For instance, right now, we have a minimum square footage of multi-family housing at 3500 for the lot and home – but maybe we don't want it that dense...or maybe we want it denser. It won't change if no one provides input. Maybe the community's response says they think tiny homes should be allowed. Right now, the minimum square footage for a single-family home is 900, and the single lot size is 10,500. That leaves a lot of space around a tiny home, so maybe it could be denser especially given the floodplain restrictions," Turner said.