Vehicle break-ins and thefts at trailheads in Gallatin County were once again a problem during the summer months of 2021.

The Gallatin County Sheriff's Office reported an uptick of the instances in September, and according to Sheriff Dan Springer, trailheads are always an issue, and they are usually a crime of opportunity.

"The thieves look to see if anything was left in the car and then break-in," Springer said.

Now into October, Springer added they have already started to see a decrease as the seasons have changed but reminded residents not to bring valuables to trailheads.

Springer told the Voice last week there is nothing new to report on the suspected explosive device found in September at the Williams' Bridge Fishing Access Site along the Jefferson River near Three Forks.

Gallatin County Sheriff's Office Search and Rescue personnel found what appeared to be a pipe bomb in the river while conducting training at the site. During the investigation, game wardens with Montana Fish, Wildlife & Parks closed the site and the nearby Sappington Bridge Fishing Access Site. 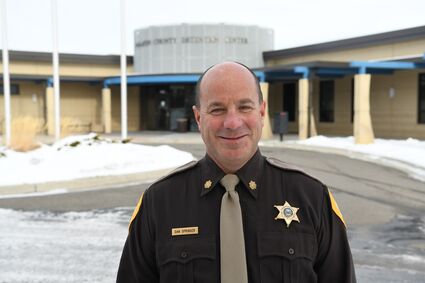 Explosive ordinance disposal technicians from Malmstrom Air Force Base near Great Falls came to the site and detonated the device. Williams' Bridge and Sappington Bridge fishing access sites were reopened to the public later that morning.

The Gallatin County Sheriff's Office is leading the ongoing investigation into the device.

"We're grateful to Gallatin County and Malmstrom Air Force Base personnel for their collaborative response in this situation. Thanks to these efforts, we were able to safely reopen these sites to the public," said FWP Warden Capt. Adam Pankratz. "This is also a good reminder to use caution and carefully inspect items we would normally think of as litter before picking them up."

Those with information that may be helpful in this investigation are asked to contact the Gallatin County Sheriff's Office at 406-582-2100.