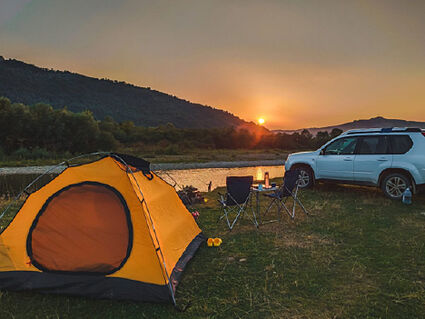 While Montana's outdoor recreation economy wasn't spared the pandemic-spurred losses that swept the globe in 2020, it remained a cornerstone of the state's economy, according to a report released today by the U.S. Bureau of Economic Analysis. Outdoor recreation accounted for 4.3% of Montana's GDP last year - a higher percentage than any other state. The next closest was Hawaii, with 3.8%.

The report found that 2020 brought significant job losses in recreation-adjacent employment compared to 2019. Every state posted losses on that front, ranging from a low of 9.3% in Indiana to a high of 27.2% in Hawaii. In Montana, the number of outdoor recreation jobs decreased by 17.5%, which put the state in the middle of the pack.

While the report notes that pandemic upheavals to the economy factored into the bureau's findings, it includes a disclaimer about what can and cannot be parsed from its analysis.

"The full economic effects of the COVID-19 pandemic cannot be quantified in the outdoor recreation estimates because the impacts are generally embedded in source data and cannot be separately identified," the report says.

A story about the report in Outside Business Journal posits that losses in outdoor recreation GDP between 2019 and 2020 can be partly explained by supply chain issues, and surmises that employment losses are likely due to closures and suspensions of recreational activities during the pandemic's early days.

Though the report found significant declines in consumer spending and employment, groups including the Outdoor Industry Association were quick to point out some silver linings behind the pandemic's impacts, including "a significant uptick in outdoor recreation participation" and recognition that some OIA member companies "had exceptionally strong sales over the past year."

"Further," OIA's statement continues, "lawmakers have introduced new legislation to expand access to the outdoors and invest in climate resiliency, positioning the outdoor industry to continue to grow, create new jobs, and contribute to the national economy."

The activity that saw the most growth nationally between 2019 and 2020 was boating and fishing, which also accounted for the largest total of value added at nearly $31 billion. Spending for those activities increased by more than $5 billion from the prior year. Second was RVing, which accounted for $19.1 billion of value added, a measure of the value of goods and services produced minus the value of goods and services expended in production. Of the three conventional activities broken out in the report - boating and fishing, RVing and snow activities - boating and fishing was also a leader at the state level, contributing $288 million of value added, as compared to $139 million for RVing and $49 million for snow activities.

The surge in water- and RV-based recreation probably won't come as a surprise to anyone who set out on a Montana river or stream last summer, or struggled to find a tent pad during a spike in camping-based recreation. Despite park closures ranging from 6 weeks to nearly 10 weeks, Yellowstone National Park posted strong visitation numbers in 2020, with September and October being the busiest on record. Glacier National Park also hosted heaps of travelers in 2020, particularly in the fall: October visitation topped 125,000 in 2020, compared to 78,000 the year prior. And visitation at Montana's state parks jumped nearly 30% between 2019 and 2020. Montana Fish, Wildlife and Parks estimates a record 3.4 million people visited a state park last year.

"The governor is committed to protecting, promoting, and growing this important industry," Stroyke said.

In terms of broad economic sectors evaluated, retail trade led the pack with $102 billion nationally in 2020. It also led the state, accounting for more than $517 million of value added. Next up was arts, entertainment and recreation with $433 million, followed by accommodation and food services at $339 million.