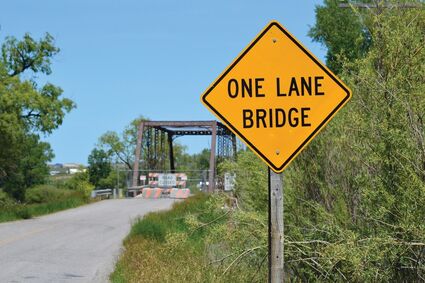 Gallatin County Engineer Levi Ewan told those in attendance that the closed bridge was ruled unsafe for vehicles or pedestrians after a regularly scheduled MDT inspection on June 6.

According to MDT Bridge Bureau Chief Stephanie Brandenberger, the bridge crossing the Jefferson River on Old Town Road was closed after its annual inspection.

"This is a 110 ft long steel truss bridge that is over 100 years old. The inspectors found significant distortion and cracking in a critical element of the truss called the end post and observed that the bridge 'sways' under relatively light loads," Brandenberger said the day of the closure.

Commissioner Zach Brown said the short-term purpose of the special meeting is to reach out to the Legislators because some of their constituents are involved, and it is unlikely they can open the bridge until they replace it. Brown added they have been working with the Broadwater County Commission for the last few months to try and find a path forward to replace both bridges, including the possibility of pursuing federal infrastructure funding.

"We're all hands-on deck getting it replaced as soon as possible, begging the public to stay off of it and respecting closure and signs, and trying to work with the Legislative delegation to expedite a solution," Brown said.

In late May, the two commissions each applied for a $750,000 Montana Coal Endowment Program (MCEP) Grant. The fate of the grants will be decided during the 2023 Montana State Legislative Session. Brown told the Legislators at the meeting that he felt it is important for them to understand this has become more urgent, and they will mobilize resources to replace both bridges as soon as possible. Brown said he hopes the Legislators see the value in the two grants.

The Gallatin County Commissioners also shared concerns about how starting work on the project now would affect their chance of obtaining the MCEP Grants. Commissioner Joe Skinner said they fear that starting the replacement would disqualify them from receiving the grant.

Carlson said she would work to get the projects on legislators' radar before next year's session.

According to Brown, the worst-case scenario in costs for the bridges would be $2 million each. Along with the two possible $750,000 grants, Brown said they also have a $200,000 commitment from Broadwater County. Skinner said Gallatin County also has a bridge fund to help with the project.

"It's not like we haven't anticipated these truss bridges would need to be replaced. We didn't anticipate one would be condemned," Skinner said.

Ewan said if they start the replacement process now, there is a chance for construction in 2023, adding if they wait to hear about the grants from the Legislature, work will not get started until 2024 or later.

"I'm hoping you will all help us make a case these bridges are a priority, and we had to accelerate it because of an emergency," Brown said.

Skinner added because of the nature of the bridge's condition, they must get something done, and any help or funding they could get after the fact would be very helpful. 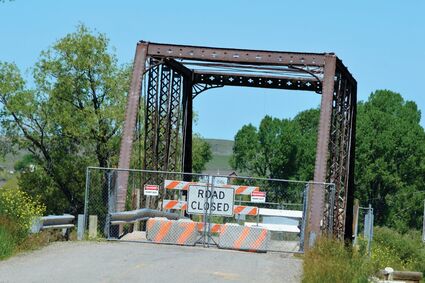 Safety was a huge component of the meeting. Brown shared concerns about emergency response times, and Ewan noted that a climbing inspection took place on June 6, and the climbers got down rapidly and informed the county to close the bridge.

Brown also discussed numerous complaints last year about the bridge being impassible because of jumpers, tubers, and people parking on the bridge.

Carlson discussed the possibility of getting the community involved with the process and moving the bridges so they could be used for recreation. Carlson said she knows it would take a lot of money to move the bridges, but when people care about something, it is much easier to raise money.

Another meeting on the bridges is scheduled for this week.